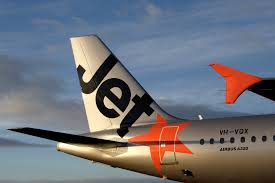 Jetstar is facing court action and a $A1.95 million penalty for making false or misleading representations about consumer guarantee rights under the Australian Consumer Law (ACL).

The Australian Competition and Consumer Commission said Jetstar had admitted that it made representations on its website that some fares were not refundable, and that consumers could only get a refund if they purchased a more expensive fare.

“No matter how cheap the fares are, airlines cannot make blanket statements to consumers that flights are non-refundable,” ACCC Chair Rod Sims said.

Jetstar has also admitted that its terms and conditions contained representations that consumer guarantees under Australian consumer law did not apply to its flight services, and that Jetstar’s liability in providing remedies to consumers was limited.

The ACCC and Jetstar have jointly submitted to the Federal Court that Jetstar should be ordered to pay a $A1.95 million penalty and to make a contribution to the ACCC’s costs.

The Federal Court will now decide whether the proposed penalties and other orders sought are appropriate.

The ACCC said services such as flights came with automatic consumer guarantees, and these rights cannot be excluded, restricted or modified.

If a flight is canceled or significantly delayed, passengers may be entitled to a refund under the consumer guarantees, which give consumers a right to a remedy if services are not supplied within a reasonable time.

“It’s frustrating for travelers when they have difficulty getting a refund for flights when they are entitled to one. This case is important not only for holding Jetstar to account, but sending a wider message that businesses cannot exclude or limit consumers’ rights under the Australian Consumer Law,” Sims said.

The legal action against Jetstar is part of the ACCC’s response to common consumer issues arising in the airline industry and the ACCC’s concerns. The ACCC detailed its industry-wide concerns in its report Airlines: Terms & Conditions Report.

The ACCC has also separately accepted a court-enforceable undertaking from Jetstar, as well as each of Qantas, Virgin Australia and Tigerair. These undertakings are commitments from the airlines to amend their policies and practices in relation to the Australian Consumer Law consumer guarantees.

Jetstar chief executive Gareth Evans said the airline took its obligation under Australian Consumer Law seriously and it had worked closely with the ACCC on changes to the wording on its website.

“We also updated our terms and conditions to make it easier for customers to understand when they are eligible for a refund,’’ he said.

“Like other low fares airlines in Australia and around the world, customers who purchase our cheapest fares cannot get a refund if they decide they no longer wish to travel.

“For customers who are likely to change their mind or need flexibility, we have a number of fare types that give them that option.”