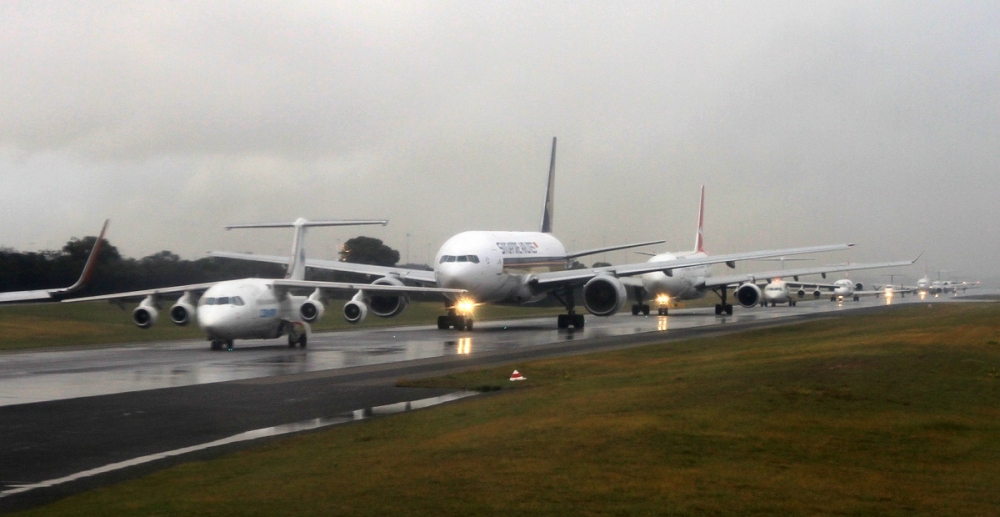 Airlines may be facing a fall in global profits in 2019 but they are still expected to add a solid 6000 routes to the worldwide network as fares stay low.

The International Air Transport Association predicts that the number of routes served by aviation will grow over the year from 52,000 to 58,000.

The number of unique city pairs connected by a regular air service is forecast to rise by almost 1000 to 22,000 — or double the connectivity 20 years ago.

READ: No easy money for airlines as 2019 profit expectation slumps

While cargo traffic is down, airlines will still carry imported and exported goods worth US $6.7 trillion, or 35 percent of world trade.

Tourists carried by air are forecast to spend more than $US900 billion in 2019 as 4.6 billion people fly.

At the same time, the average inflation-adjusted cost of air transport across passenger and cargo services will fall by a further 0.3 percent to half the real cost two decades ago.

For passengers, that translates to a predicted 2019 average return airfare (before taxes and surcharges) of $US317.

Passenger traffic growth has slowed, reflecting a slowdown in global GDP, but IATA chief economist Brian Pearce said it was only just below trend.

“Whereas the cargo business is falling as steeply as it did pre- the financial crisis, that’s not true of the passenger business,’’ he said. “That’s still holding up.”

One of the big challenges for 2019, according to Pearce, is unit revenues will not be boosted by higher base fares.

“Base fares have been falling,’’ he said. “We probably think they will be more or less flat this year but airlines are turning to getting cost recovery from ancillaries.

“That probably won’t keep pace with rising costs this year which why we have a further squeeze on profitability.”

Fortunately, many airlines have a buffer and globally there is still a gap between the load factor at which carriers break even and the passenger loads they are actually achieving.

Pearce said the gap between the two had narrowed in recent years but the rise in breakeven load factor had been mitigated by the rise in ancillary revenue.

IATA director general Alexandre de Juniac earlier underscored the importance of the airline industry when he told IATA’s annual meeting in Seoul that the economic benefit of aviation was 65 million jobs and a $US2.7 trillion boost to the global economy.

Airlines are also expected to take delivery of more than 1,770 new aircraft in 2019, many of them replacing older and less fuel-efficient aircraft as the global fleet expands to more than 30,700 aircraft.

“Aviation is growing responsibly to meet this demand. From 2020, for example, the industry will achieve carbon-neutral growth,’’ de Juniac said.

“And that is on the way to the much more ambitious goal of cutting emissions to half 2005 levels by 2050. We are determined to deliver sustainable global connectivity through aviation.”

The annual meeting passed five resolutions supporting the harmonization of the landing and take-off slots system, RFID baggage tracking, the introduction of one biometric ID for travelers and improvements for disabled travelers.

The environment was again a hot issue with de Juniac describing it as one of the great challenges of the times.

He warned against the recent trend of “flight shaming” and urged airlines to do more to communicate the steps the industry is taking to tackle the issue, including the CORSIA global carbon offset scheme.