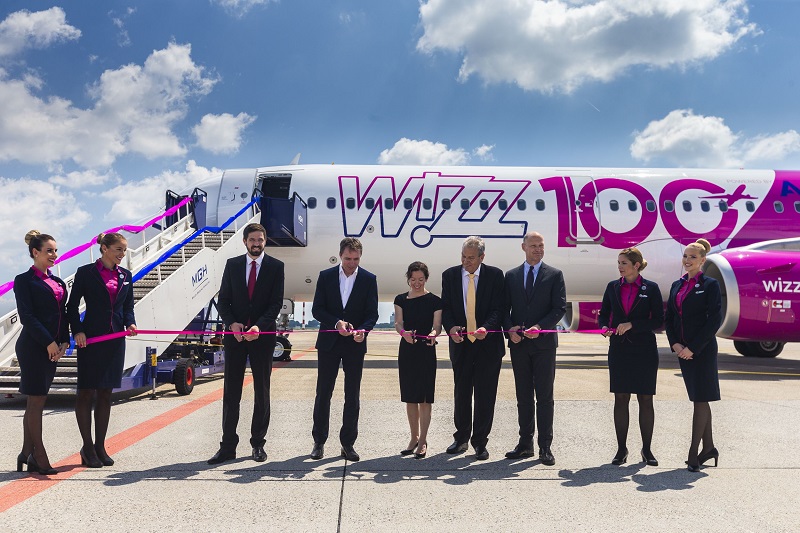 Wizz Air has been awarded Best Low-Cost Airline – Europe 2020 by AirlineRatings.com the world’s only safety and product rating website.

“Wizz Air been a major part of the economic life of Hungary since it was formed in 2003 and it is flying further and further afield.,” said Mr Thomas.

“The airline has a huge fleet of Airbus aircraft and operationally is now up there with the very best.”

“The low-cost airline flies to 152 destinations and operates 120 aircraft making it a major player in Europe,”  said Mr Thomas

“It also has orders for another 269 Airbus aircraft.”

For example, Wizz Air is not only one of the fastest-growing airlines in Europe it’s the largest airline operating in Romania.

In October it announced six new routes from Iasi. A new Airbus A320 aircraft will join the fleet in August 2020 and will commence the six new routes to Barcelona, Bari, Berlin Schönefeld, London Southend, Turin and Verona.

Together with the arrival of the new aircraft, frequencies to Rome Ciampino, Bologna, Brussels Charleroi and Tel Aviv will increase.

Stephen Jones, Executive Vice president and Deputy CEO of Wizz Air said: “We are delighted to be receiving this prestigious award by AirlineRatings. It once again underlines Wizz Air’s commitment to its customers by continuously investing in customer experience, offering the lowest possible fares and an ever-growing network of affordable travel opportunities.

“We continue to explore new horizons while ensuring that we remain a responsible business and our ULCC business model is intact as we advance to a fleet of 300 ultra-efficient modern aircraft. Our friendly crew looks forward to welcoming you onboard one of our young and modern aircraft.”