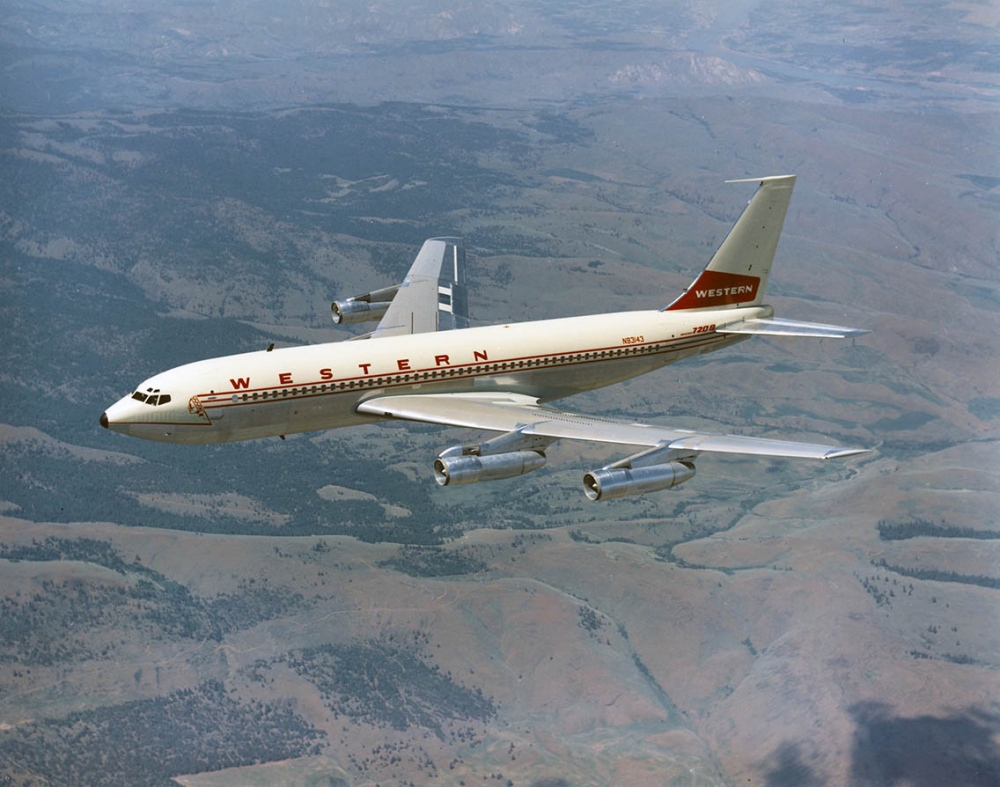 How far would airlines go to keep their loyal customers? We’re talking about the first “jet set” passengers when air travel was a very different experience. Western Airlines, dubbed “The ONLY way to fly!” in their clever ads, employed a rather novel approach for anyone less-than-thrilled with a flight. The airline handed-out one dollar coupons on the spot!

In the accompanying photo, a handsome “Mad Men”-era business exec is seated between two lovely female passengers – one at the window and one on the aisle of a Western Boeing 720. Obviously, he’s ignoring his seatmates and fuming over not getting his requested window seat. (At least he’s in the bulkhead row!) Would a one-dollar coupon really have assuaged his displeasure?

Extolling the virtue of good customer service, Western offered these one-dollar “Flub Stubs” from May 1966 through October 1968. Intended for minor service slip-ups like a reservation agent failing to say “thank you” or being served a stale cup of coffee, these coupons were a noble attempt at pleasing passengers jetting all over the Western United States.

During the course of this campaign, Western redeemed approximately 60,000 “Flub Stubs” from more than ten million passengers flown. That computes to one coupon for nearly 200 passengers which is not that bad an average, actually. One can’t help but wonder what those numbers would look like today!

Although critics of the program felt that it belittled the true professional quality of a major U.S. airline, the good will and occasional smiles these coupons elicited must have had a positive effect. After all, the program lasted almost two-and-a-half years, and a dollar went much farther in purchasing power back then.

Western’s good-hearted “Flub Stub” campaign was actually part of a major 1960s trend promoting exemplary airline service as seen through the eyes of aforementioned Madison Avenue creative directors. The resultant advertising blitz of that time period was unlike anything ever seen before, and in upcoming stories, we will feature more examples of this ‘hip’ marketing phenomenon as airline travel firmly entered the Jet Age.