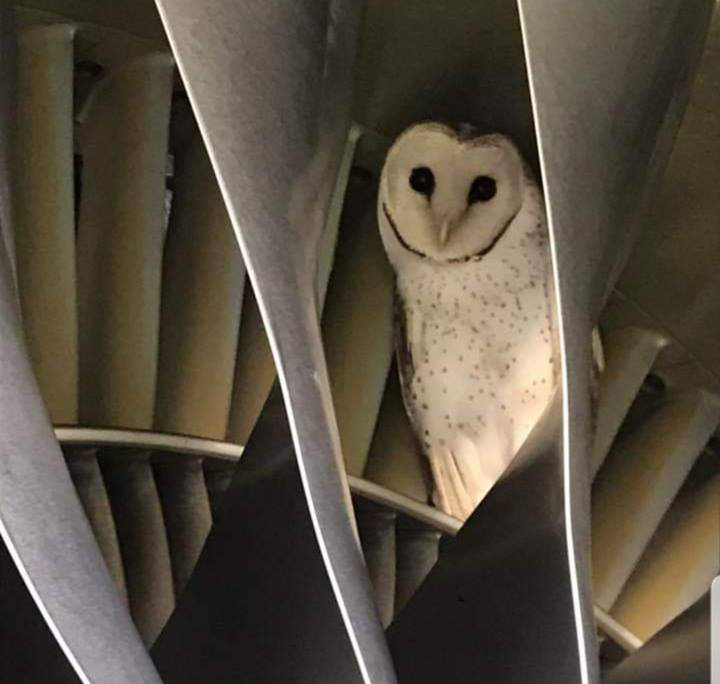 Virgin Australia engineers have found an owl tucked away inside the engine of a Boeing 737-800 during pre-flight checks.

According to the airline, the owl didn’t give a hoot where it napped!

“The cute little guy was found during our pre-flight checks which is a good reminder of why we do them. Our team of engineers rescued it and it was checked out before being safely released back into the wild.”

Downunder, wildlife is a major problem for airlines and aviation.

In 2016, there were a massive 1,581 incidents involving wildlife but that number has to be balanced against the number of flights, which topped two million.

The ATSB said the “accident and fatal accident rates for general and recreational aviation reflect the higher-risk operational activity when compared to air transport operations”.