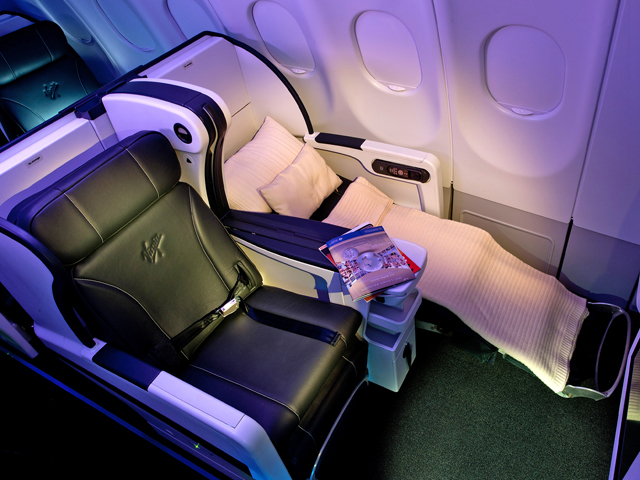 AirlineRatings.com, the world’s only safety and product rating website, celebrates and promotes excellence in the airline industry and the awards are a pinnacle of these efforts.

The website is visited by millions of passengers from 232 countries and its safety rating system is endorsed by the International Civil Aviation Organization.

The AirlineRatings.com editorial team, one of the world’s most awarded and experienced, awarded Virgin Australia Best New World Carrier and Best Cabin Crew.

The inaugural winner Virgin Australia has redefined what an airline can achieve by morphing from Virgin Blue, Australia’s low fare pioneer, into an airline that blends low cost efficiencies with a first class product. A true New World Carrier.

“The airline has taken what really matters to passengers and given it a makeover and the result is spectacular,” said AirlineRatings.com Editor-in-Chief Geoffrey Thomas. The airline’s domestic business class on its A330s is the world’s best and betters most international offerings.

Another inaugural award Best Cabin Crew was another win for Virgin Australia. “The airline’s cabin crew treat every passenger whether in row 1 or 31 as a special guest,” said Mr Thomas. “Their commitment to their passengers is outstanding and is a benchmark of what cabin service should be.”