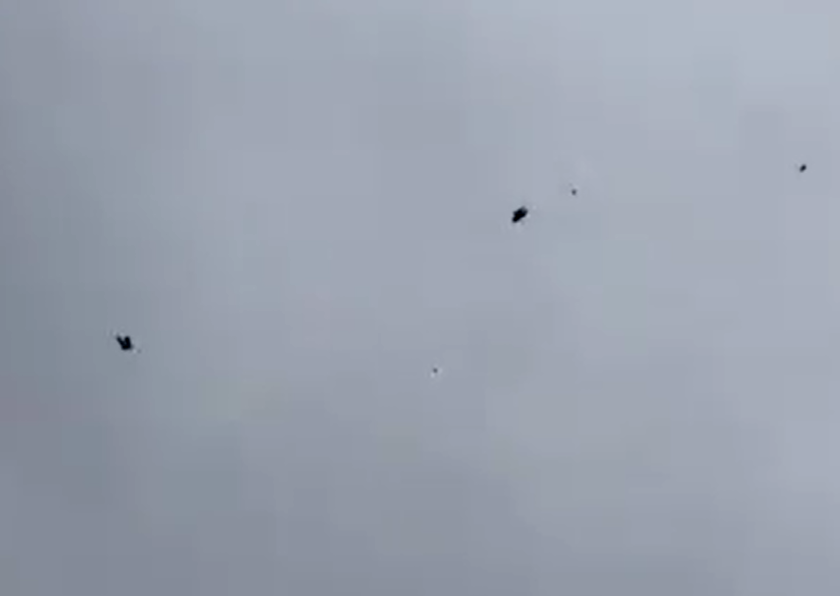 Claire Armstrong has captured on her phone a video of parts of the United Airlines 777 engine floating into a field.

The parts were likely lightweight composite and or fiberglass structures from the engine cowling.

Ms. Armstrong “We were at the dog park when we heard the loud boom from the airplane and pieces of the plane started falling.”

It made an emergency landing and everyone is ok.

Check out these pieces of the engine falling from the sky…pic.twitter.com/1IyBj6Nlf2

The US air traffic control provider, the FAA said:

“A Boeing 777-200 operated by United Airlines returned to Denver International Airport and landed safety Saturday after experiencing a right-engine failure shortly after takeoff,” the FAA said in a statement. “The FAA is aware of reports of debris in the vicinity of the airplane’s flight path. The passengers deplaned on Runway 26-Right and were bused to the terminal.” – FAA

“Flight UA328 from Denver to Honolulu experienced an engine failure shortly after departure, returned safely to Denver, and was met by emergency crews as a precaution. There are no reported injuries onboard. We are in contact with the FAA, NTSB, and local law enforcement.”