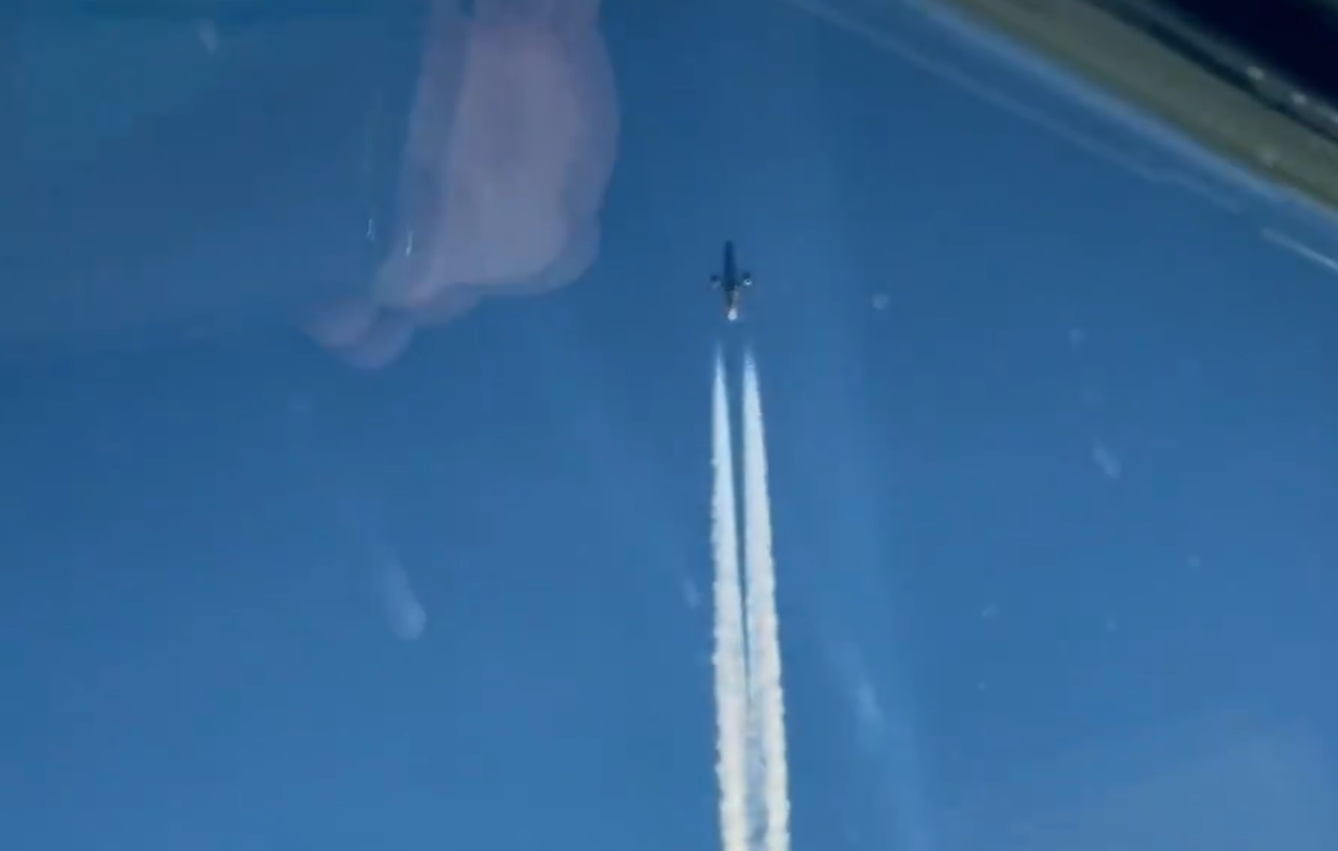 Miami_rick has captured this spectacular video of these two converging jets.

Closure speed is 1200mph and only 1000ft separates the two jets thanks to the wonders of reduced vertical separation minima with both planes on autopilot.

The reduced separation has enabled an increase in traffic in the many busy corridors around the world.

I see you @SouthwestAir!! That’s 1.6 times the speed of sound or about 1,200 MPH closure rate and a mere 1000 feet vertically between that #B737 and my #B767. The wonders of reduced vertical separation minima! All in a day’s work. #aviation #airlinepilot #pilot pic.twitter.com/fJU9yIk7BV