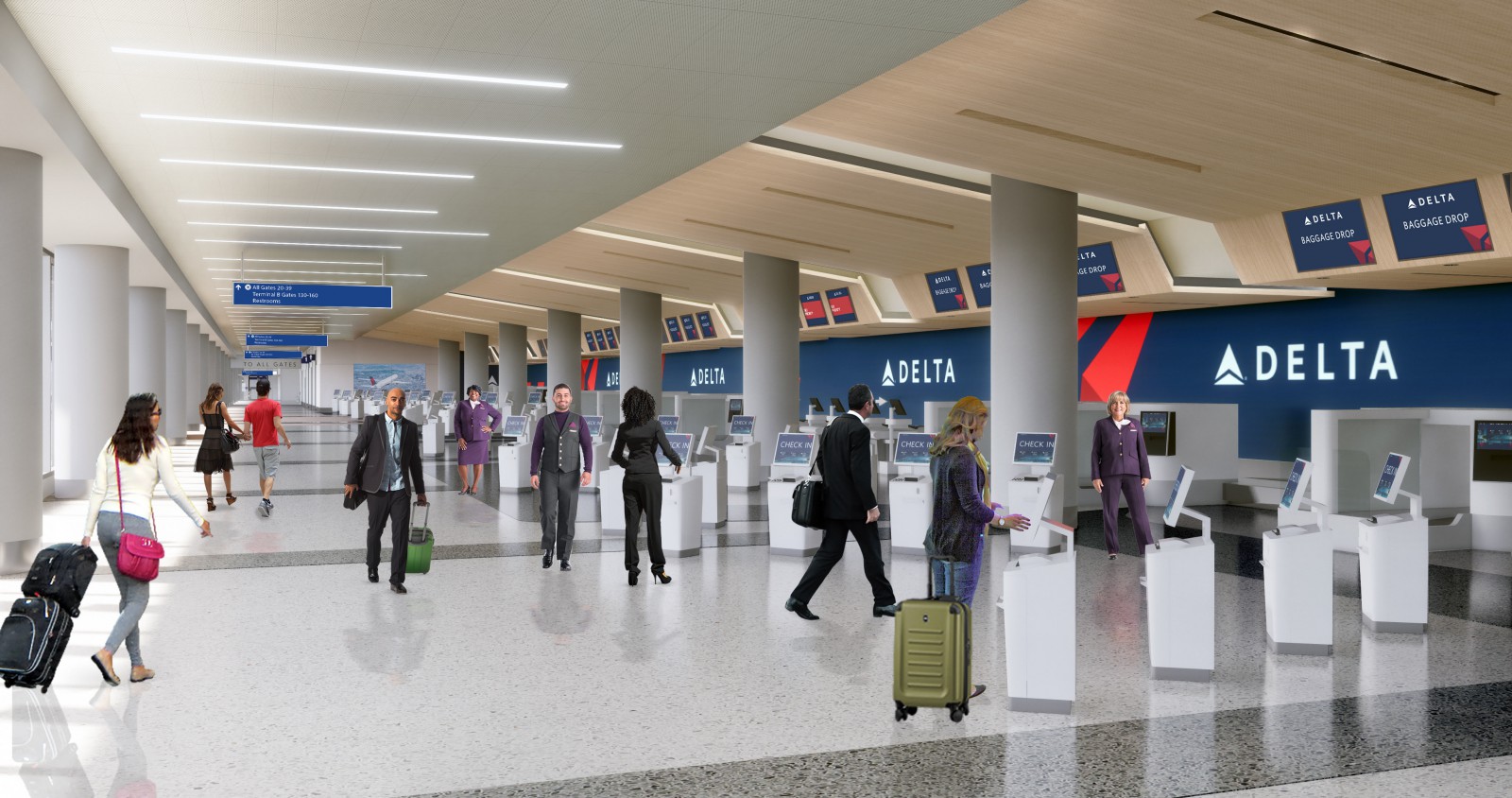 A  $US1.86 billion redevelopment of Delta Air Line facilities at Los Angeles International Airport is due to kick off in the northern autumn and passengers have been warned to expect changes during construction.

Delta and Los Angeles World Airports (LAWA) announced the timetable at a press conference in LA Thursday at which they also released renderings of the redevelopment.

The redevelopment includes a  27-gate complex on Terminals 2 and 3 with a brand new shared “headhouse” with centralized lobby, security screening checkpoint, and baggage claim.

A convenient bridge connecting Terminals 2, 3, and B on the secure side of the airport, as well as a dedicated baggage recheck and security checkpoint will ensure a connection of international to domestic transfers, enabling significantly faster connections.

Delta already operates alongside airline partners such as Aeromexico, Virgin Atlantic and WestJet, at LAX.  The secure connector to Terminal B will enable seamless access to additional partners, including Air France-KLM, Alitalia, China Eastern, Korean Air and Virgin Australia.

Terminal 3 will be completely reconstructed with a brand new shared “headhouse” with centralized lobby, security screening checkpoint, and baggage claim.

While the project is underway, however,  customers are being encouraged to arrive early – two hours ahead of departure for domestic flights and four hours for international services. They should also download the Fly Delta app, the airline says.

“Check terminal and gate information prior to arriving at LAX,’’ it is advising. “Delta customers should use the Fly Delta app or delta.com to confirm their bag drop terminal, which could be different from their departure terminal, and reconfirm gate information upon arrival at the airport.”

The airline says it has already undertaken a series of “enabling projects” ahead of the construction start and later in the summer security screening operations in Terminal 3 will be consolidated to the checkpoint on the lower level of Terminal 3.

“Customers should continue to access the security screening checkpoint from the ticketing level, where airport employees will direct them to their respective screening lanes, including TSA Pre-Check, CLEAR, and SkyPriority,’’ it says.

Delta relocated to Terminals 2 and 3 in May 2017 and improvements since then include an interim Delta ONE at LAX reception for premium customers, new padded seating and an expanded Delta Sky Club space is due this summer.

READ satisfaction with US airlines hits a new high.

“Nearly 10 years ago, we made a commitment to be LA’s premier, premium airline,’’ Delta chief executive Ed Bastian said in a statement announcing the construction start.

“Today, LAX is one of the most important hubs in our network where we operate more than 170 daily flights and connect more passengers to our partner airlines than anywhere else in the U.S.

“The Delta Sky Way at LAX project is a once-in-a-generation opportunity to invest in and transform the airport experience in partnership with LAWA and the City of Los Angeles.”