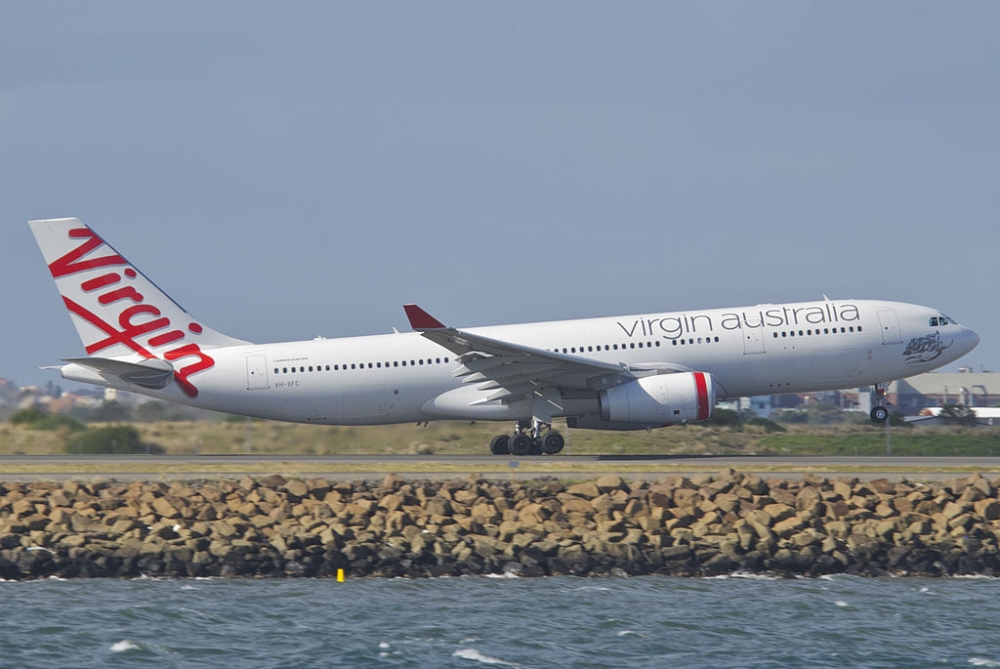 Virgin Australia is promising to boost competition on the Australia-Hong Kong route with founder Richard Branson telling reporters the airline is looking to add routes from Brisbane and Sydney to its newly-launched Melbourne service.

Branson, whose Virgin Group owns an 8 per cent stake in the Australian carrier, said the airline was looking to secure more landing and take-off slots in Hong Kong but conceded it would be tough.

A key stumbling block is that Hong Kong’s crowded airport handles more than 1,100 commercial flights a day and is slot constrained pending the construction of a third runway due to open in 2024.

But any such move would strengthen the relationship with Hong Kong Airlines,  owned by significant Virgin Australia shareholder HNA Group.

Virgin Australia will fly five times weekly using its Airbus A330-200 fleet, featuring 20 business class suites, recognised by AirlineRating’s 2017 awards as the world’s best, as well as 255 economy seats in a 2-4-2 configuration. The A330 economy seats are tighter than those international passengers will be used to on the airline’s Boeing 777s, offering a 31-inch seat pitch and a width of 17.4 inches.

The Aussie airline is offering codeshare services on Hong Kong Airlines’ five return services per week between Hong Kong and the Gold Coast and Cairns with an interline agreement on destinations in mainland China.

Hong Kong Airlines customers travelling to or from Hong Kong will enjoy codeshare flights to 11 destinations on the Virgin Australia network from July 5.

Frequent flyer reciprocity is available as part of a deal with the Fortune Wings Club that also includes select flights on Hainan Airlines, Capital Airlines and Tianjin Airlines.

The frequent flyer agreement gives members the opportunity to earn and redeem points and be recognised across the airlines’ flight networks. Together with Virgin Australia, the four airlines more than 75 weekly flights from Hong Kong and 13 destinations in mainland China to Australia and New Zealand.

The deal includes all Hong Kong Airlines flights except those to and from North America. It also applies to Hainan Airlines, Capital Airlines and Tianjin Airlines flights between Australia, New Zealand and Greater China and domestic flights within those regions.

A second phase to be announced in coming weeks will provide Velocity members with additional perks such as lounge access, priority check-in, priority boarding, and additional baggage.  They will also have the ability to use their points to buy reward seats on the Chinese carriers.

Virgin has flagged for some time that it wants to fly to mainland China — with Shanghai and Beijing touted as favourites — to take further advantage of its connections with HNA Group and its other Chinese shareholder, Nanshan Group. Between them, they hold about 40 per cent of the airline.

Virgin Australia Group chief executive John Borghetti said there was a tremendous opportunity for growth in the Hong Kong and mainland China markets, which were two of Australia’s biggest and most valuable inbound travel markets.

“Today’s inaugural flight marks the start of Virgin Australia’s expansion into Greater China,’’ Borghetti said in a statement. “Hong Kong’s diverse cultural fabric has long been a draw card for many Australians, as has its appeal as a stepping stone into Greater China.

“Through Virgin Australia’s direct services to Hong Kong and our partnership with Hong Kong Airlines, Australians can enjoy convenient travel to Greater China.

“Virgin Australia is renowned for bringing choice and competition and since our flights went on sale we have seen our competitors discount their Melbourne-Hong Kong fares by as much as 34 per cent compared to before our fares were launched. ‘’

“Hong Kong is the third most visited destination globally by Australian business travellers and the city also ranks third for inbound travel, according to our travel data,’’ Sully said. “The majority of businesses travelling between Hong Kong and Australia are in the financial services sector.

“Considering we have recently seen China become the largest business travel market in the world, it makes sense to prepare for inbound business travel from China and Hong Kong to rise, particularly along key routes to Melbourne and Sydney. Travel between Shanghai and Australia is also significant, ranking in the top ten destinations for inbound and outbound travel.”