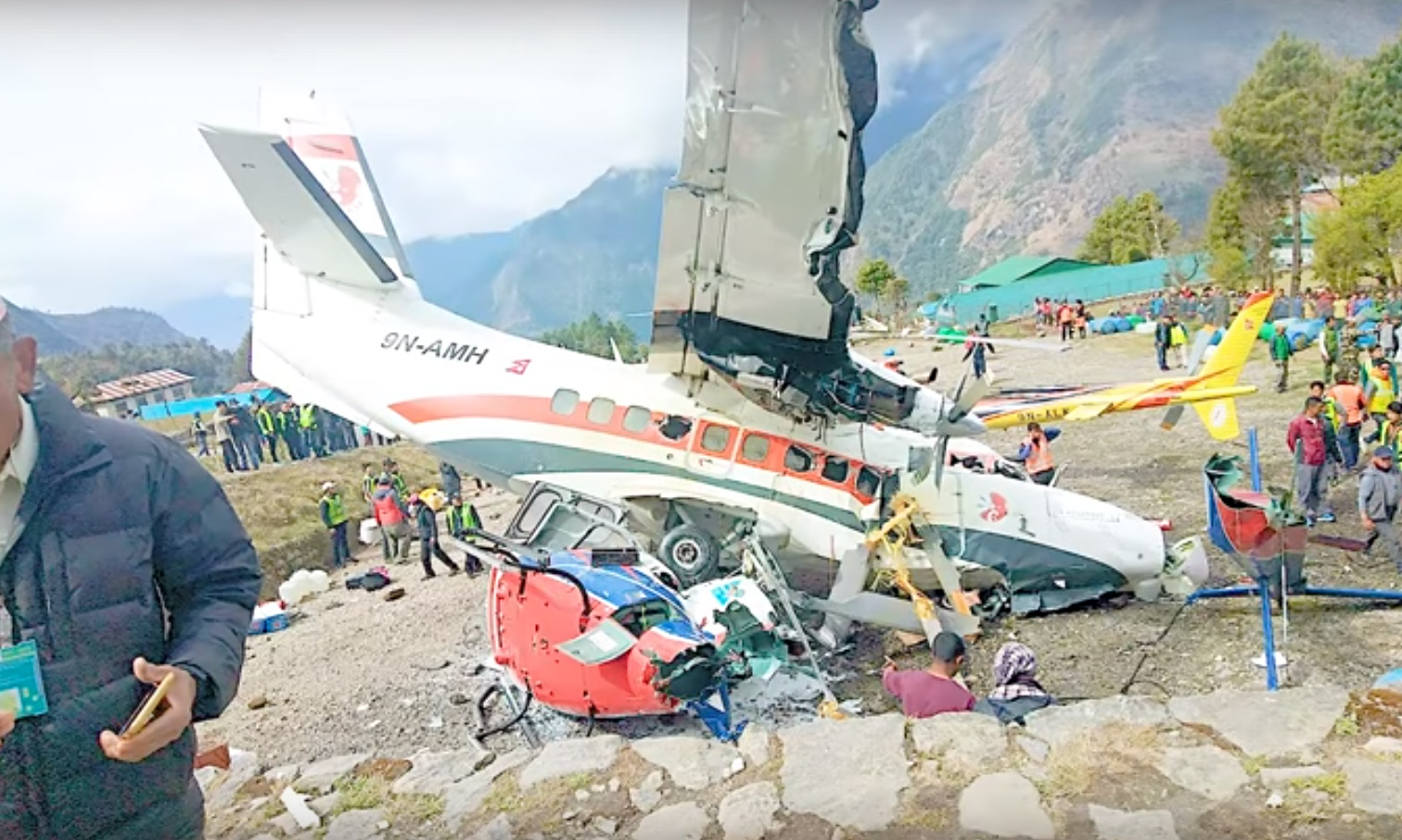 Three people are confirmed dead when a Summit Air Let L-410UVP collided with a parked Manang Air helicopter while taking off for Ramechhap at Lukla airport in Nepal today.

The Himalayan Times said that according to Suman Pandey, Chief Executive Officer at Fish Tail Air, the incident occurred at around 9:10 am at Tenzing-Hillary Airport in Lukla, a major gateway to Mt Everest.

Apparently at least four other people have been injured in the incident.

“All injured have been airlifted to Kathmandu and they are undergoing treatment at Grande Hospital,” Pandey told the Himalayan Times.

The paper said that “the deceased include Summit Air’s co-pilot Sunil Dhungana and Assistant Sub-Inspector of Police Ram Bahadur Khadka, who was stationed in Lukla for airport security.”

The incident occurred after Summit Air aircraft with crew members on board took the wrong direction on take-off and hit the nearby parked chopper, District Police Office in Solukhumbu said.

Because of the extreme danger of flying in the mountains of Nepal, AirlineRatings.com does not safety rate any airlines or helicopter companies in the country.

Lukla is considered the world’s most dangerous airport. Here is a spectacular video of landing at the airport.

The airport can only handle helicopters and small, aircraft such as Pilatus PC-6 Turbo Porters, DHC-6 Twin Otters, and Dornier Do 228s.

For pilots, there is no chance of a go-around on short final due to the terrain ahead.

Before pilots can land there they must have completed at least 100 short-takeoff-and-landing flights (STOL) and have one year of STOL experience in Nepal and have completed ten missions into Lukla with a certified instructor pilot before they can land at the airport.