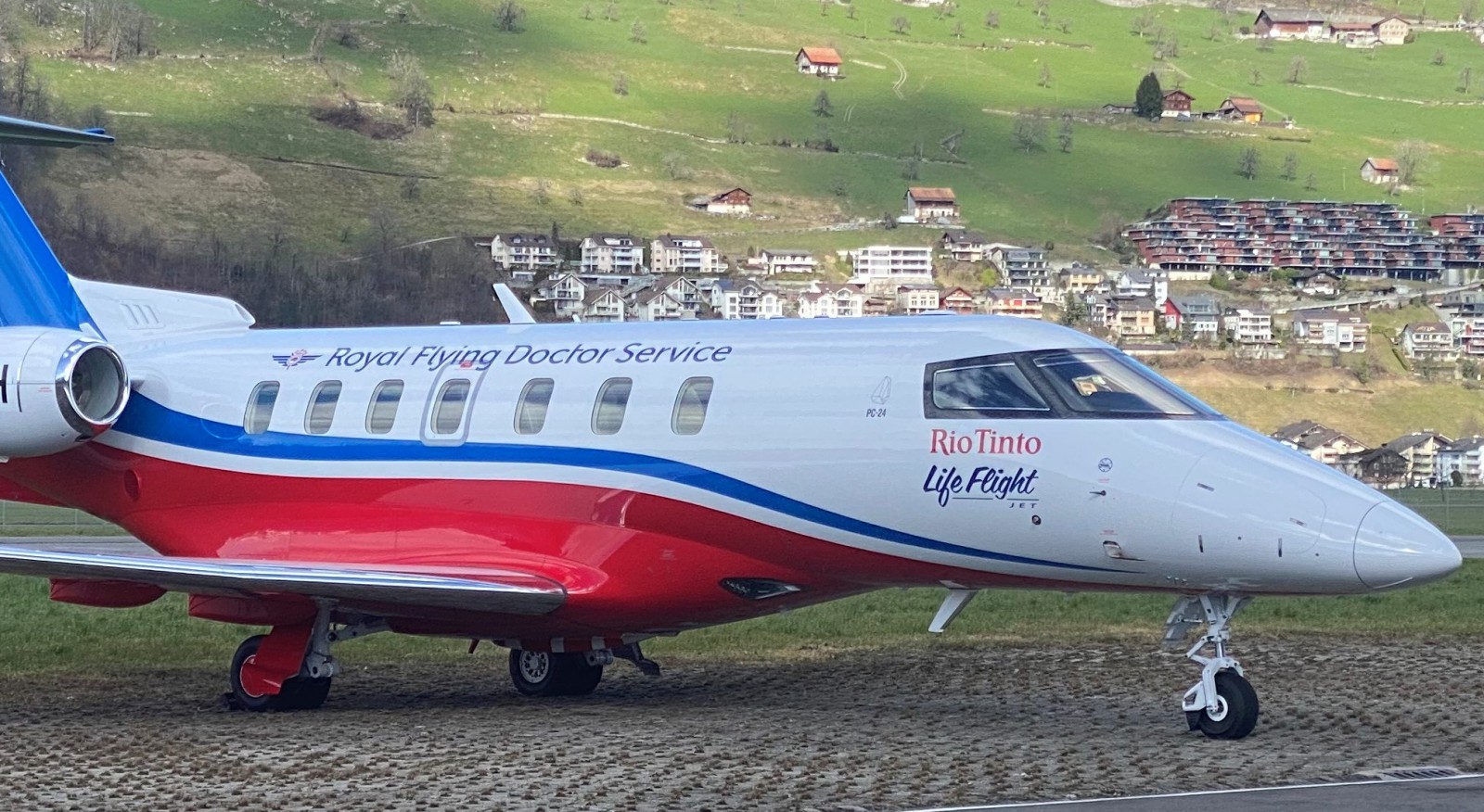 She is sleek, she is a life-saver and she will shortly to join the Royal Flying Doctor Service aeromedical fleet in Western Australia.

With the call sign VH-NWO, the Pilatus PC-24 Super Versatile Jet is being provided to the RFDS under a $15 million investment from Rio Tinto as part of a six-year partnership extension.

The RFDS acquired two Rio Tinto LifeFlight PC-24 jets ‘Victory’ and ‘Kimberley’ in December 2018 and February 2019 respectively, an investment of $29 million, partly funded by a $10 million contribution from Rio Tinto.

To date, both jets have traveled an incredible 5.3 million kilometers to help 4,282 people in need of care.

“These aircraft are literally hospital intensive care units in the sky staffed by RFDS’ emergency doctors and flight nurses,” she said.

“This third Rio Tinto LifeFlight PC-24 jet highlights our ongoing commitment to the RFDS and to supporting their work to improve the health and wellbeing of people living in communities across WA,” Mr. Trott said.

The world-first capability of the jets adds flexibility and power when tasking aircraft and crew, revolutionizing the way the RFDS coordinates its essential service across the State.

The new jet will take five days to arrive in WA — and will be ready to enter service immediately.

The jet’s speed and long-haul range (3800km) is a gamechanger for the RFDS when retrieving critically ill COVID-19 patients to Perth from the regions, reducing flight times by half for long haul missions; enhancing safety with no stopovers required to refuel and crews spending less time in full PPE.

The Pilatus PC-24 jet being customized for aeromedical service by the Royal Flying Doctor Service in WA is a world-first which is now being used around the world.

The instrumentation on the Rio Tinto LifeFlight PC-24 jet is fully digitalized for easy accessibility for the pilot in-flight.

It integrates the latest safety technology and its Flight Management System program determines the smoothest descent path to ensure patients are as comfortable as possible.

The aircraft is packed with special features such as a Patient Loading System which was uniquely designed between the RFDS and the aircraft manufacturer and it enables the smooth loading and unloading of patients during an aeromedical retrieval.

The aircraft is capable of carrying three stretcher patients and two medical teams at a time. It is able to accommodate two cots for newborn babies requiring transfer.

The PC-24 jet which has a cruise speed of 800km/hr and operates up to 45,000ft, is equipped with state-of-the-art aeromedical equipment to support in-flight medical emergencies which also serve as Intensive Care Units in the sky.