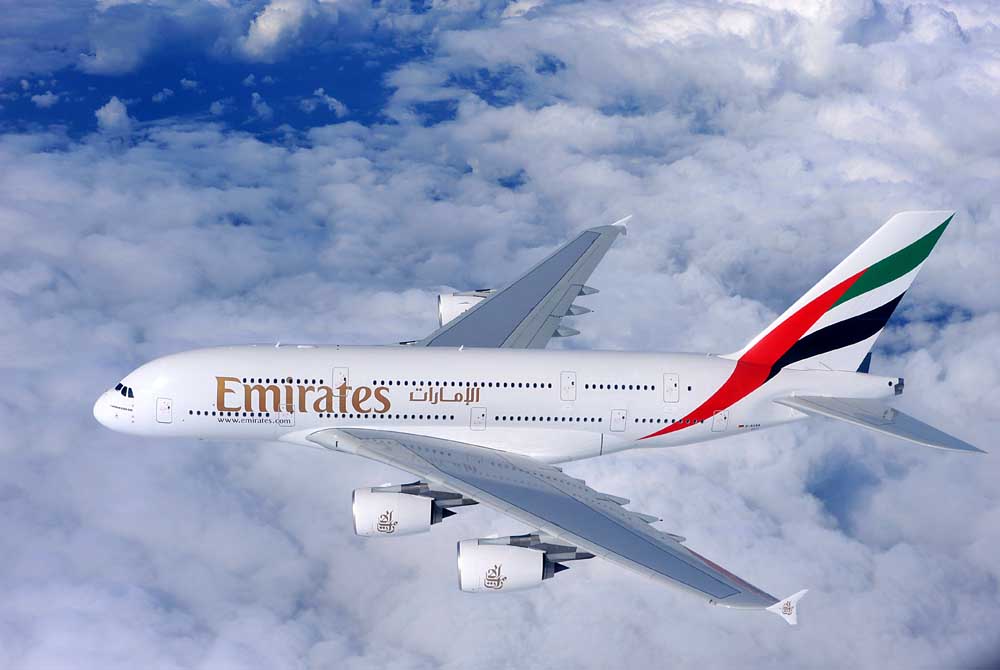 The world needs the Airbus A380 super jumbo and needs more of them as a serious airport runway capacity shortfall looms.

That is a warning from Sir Tim Clark President of the world’s largest international airline Dubai-based Emirates.

Speaking with AirlineRatings.com Mr Clark also suggested that premium economy was on the radar at Emirates. “The A380 is streets ahead of anything else when it comes to capacity and is the only solution to congestion at airports like Heathrow,” said Mr Clark.

“And we are getting congestion now at airports like New York’s John F Kennedy, at Frankfurt, Hong Kong, Boston and many others. When we first went to JFK we could have any slot we wanted – now there is hardly any.”

“There is a lack of runway development at major airports across the globe and there is no other solution than an A380.”

And the issue at mega cities is only going to grow as the number of mega cities increases from the current 47 with more than 10,000 long haul passengers a day to a projected 91 mega cities by 2034 as traffic doubles over the next 20 years.

But Mr Clark concedes that there is “a reluctance at some airlines to commit in the current economic conditions.”

“We have many uncertainties economically and politically and equipment decisions in airline board rooms are being put on hold. There is even a slowing for big twins [like the 777, 787 and A350].”

However, Mr Clark said that with manufacturers keen to fill production spots for their larger aircraft now is a “great time to buy.’’

Mr Clark said that Airbus is in quandary about launching a re-engined A380 dubbed the NEO. “There are two groups in Airbus – the believers and non-believers.”

Mr Clark said that the A380 NEO would be a great aircraft and on long haul missions, of say 17 hours, eliminating the current 30 to 40 seat penalties and enabling the airline to also carry several tons of freight.

Airbus and Boeing have both slowed the production rates for their largest offerings the A380 and 747 to just a trickle with warnings from analysts that the end is possible for both giants.

At the same time a number of airlines, including Australia’s Qantas, have said they will not be taking outstanding commitments for the A380. Balancing that Iran Air has said it will buy 12 A380s and 4 747s.

And Mr Clark had another warning for legacy carriers. “Watch out for the new long haul low-cost airlines.”

He cites the likes of Norwegian and Scoot which are now re-writing the long haul rule book.

The A380, with its economics, is a great tool to compete with these new generation of carriers says Mr Clark.

For Emirates there are some new passenger enhancements in the works says Mr. Clark.

There will be a new First class next October and a new business class – similar to the A380s – for the 777X in late 2019. “We are also looking at Premium Economy and will most likely move ahead sooner than later,” said Mr. Clark.