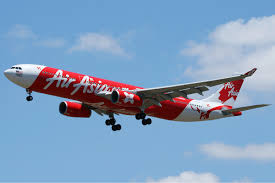 Thai AirAsia X, Thailand’s first low-fare, long-haul carrier announced today that the airline will be flying from Narita and Osaka to Bangkok from September 1 2014.

The airline started flying to Seoul, Korea from Bangkok in June of this year and today’s announcement confirmed that Japan would be the second country to be served by Thai AirAsia X.