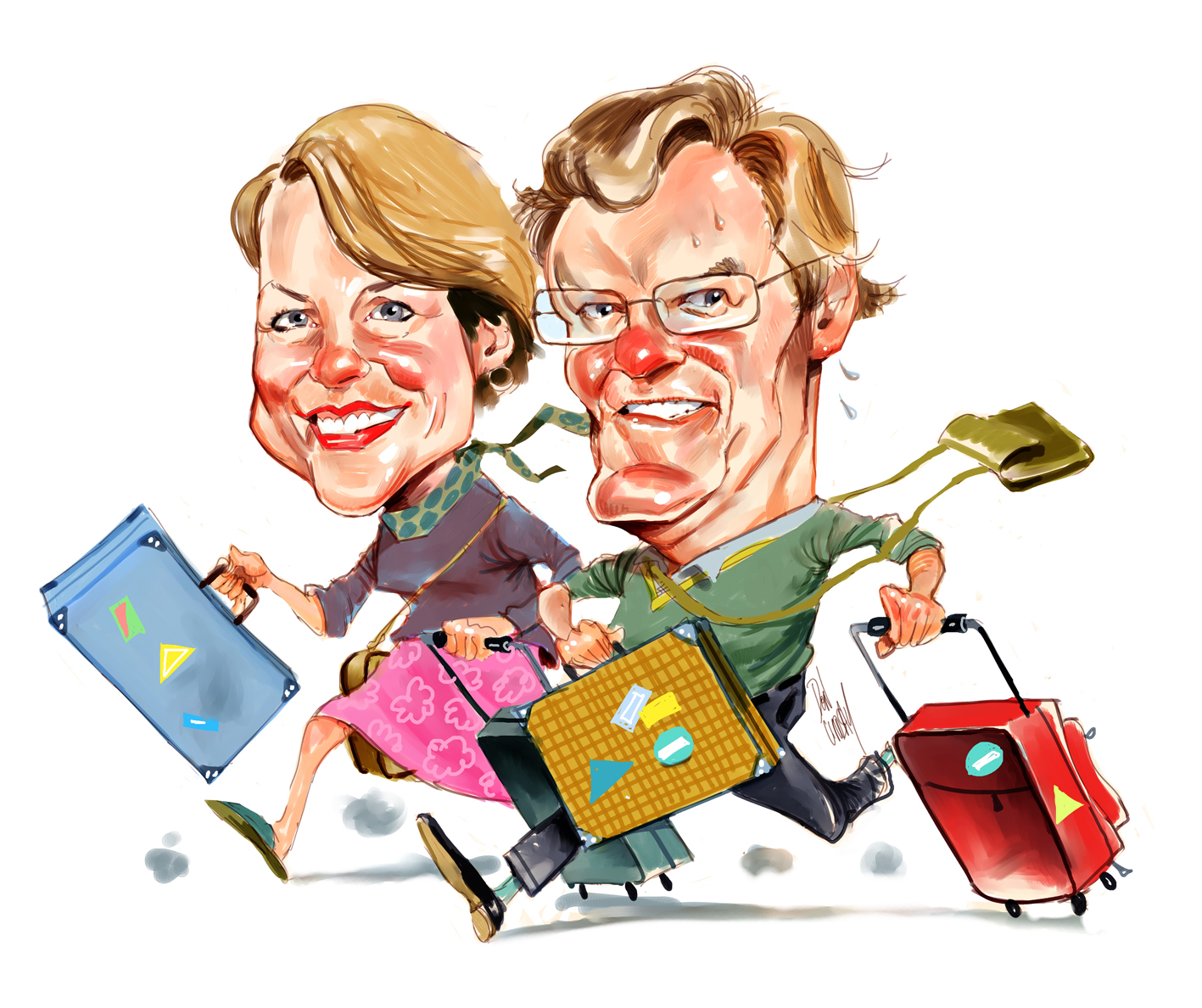 For me, nothing is more terrifying than tackling the French Underground with all its barriers — both physical and language — complete with way too much luggage.

Add the dimension of time — or lack of it — and fear becomes terror.

My wife Christine and I found ourselves in just that situation because I fouled up the departure of the Eurostar to the UK by an hour or so.

When, in one of those Einstein moments, the mistake was realized, we had just over an hour to get across Paris. Normally a wave curbside would summon a cab or two but add rain to our worsening situation and we didn’t stand a chance.

Not even Christine with her blonde hair, hourglass figure, and brilliant yellow umbrella, could sway a cab.

And our ticket on the Eurostar was not refundable, or transferable. There was no alternative. The French Underground, three blocks away, was our only option.

With umbrellas jammed between neck and shoulder, we set off with our baggage — all five pieces — as the heavens opened up with lightning just to add to the drama.

Into the underground, dripping wet, some locals took pity on us and helped us negotiate the not-so-automatic ticket machine that was making things as difficult as possible.

Next, we felt we were in a Prince of Persia computer game as various “jaws of death” tried to crush us and our baggage.

Finally, after racing up and down stairs we were on to the first train and had time to assess the damage so far….several strained arm and leg muscles and a pounding heart.

A bit of luck as we jumped off one train to find the next was only 50m away and it arrived as we did.

Three more stations and we were at Gare de Nord . . . with 10 minutes to go, I thought we had made it. Up some stairs and our Eurostar was still waiting but there was no entry, with a guard motioning us towards customs and immigration.

I had completely overlooked the tiny detail of checking in, exiting France and entry into the UK and then security for good measure. Up more stairs and those strained muscles were now pulled — or the traveling equivalent.

Another guard took pity — or at least felt sorry for Christine’s plight — and waved us through to the top of the queue. Within seconds we were checked in and on to customs and within a minute, again waved through.

But security was another matter. A near-total undress and baggage scan was required.

We raced off, still putting belts on while trying to wheel and carry our bags. Down the ramp on to the platform. We leaped onto the train thinking we would sort out where our carriage was later.

A minute later the doors closed.