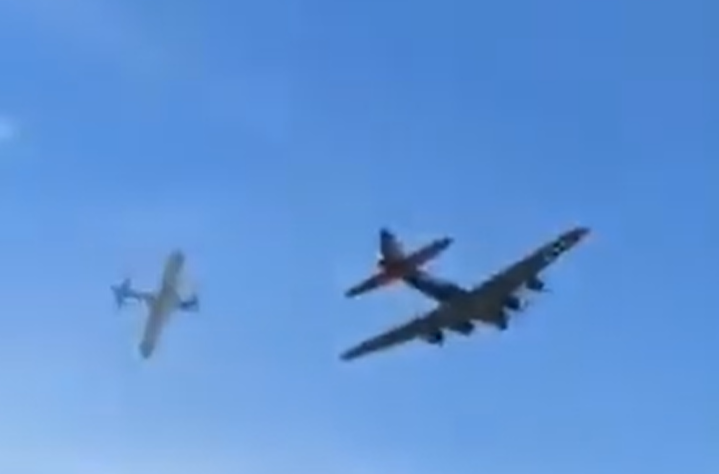 There has been a terrifying and heartbreaking mid-air crash between a Boeing B-17 and a Bell P-63 Kingcobra fighter at an airshow in Texas.

The Boeing B-17 crash occurred at the wings over Dallas Air Show.

Pilot of the P-63 Kingcobra was apparently banking and the B-17 was in his blind spot.

There are no details about the casualties.