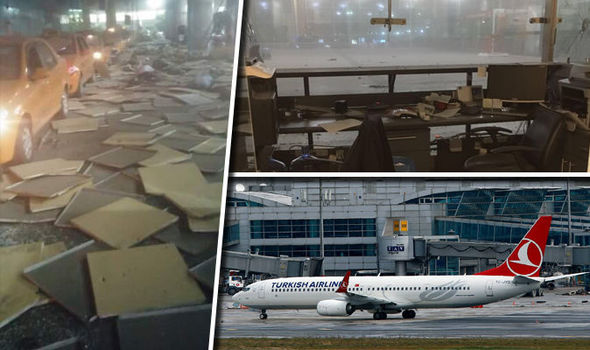 They have also claimed it was a joint suicide attack, with three attackers blowing themselves up.

It is thought they detonated their explosives just before the x-ray security screening, in the departure section of Ataturk airport.

Whist the numbers will continue to change, we can confirm at the time of publishing, that at least 36 people have been killed and more than 140 injured.

A U.S. source told CBS Radio News that three attackers approached the departure area at the Istanbul airport, threw four grenades, then opened fire with automatic weapons. They were wounded by Turkish security forces. The assailants then detonated the suicide vests.

Many people caught in the blasts and near the airport posted photos and videos from the scene on to social media that show the destruction caused by the explosions as well as people hiding in various places in search of safety.

Local media says an explosion has been heard at #Ataturk Airport in #Istanbul in #Turkey still unconfirmed. pic.twitter.com/fKofHvoLks

All flights in and out of the airport have been suspended.