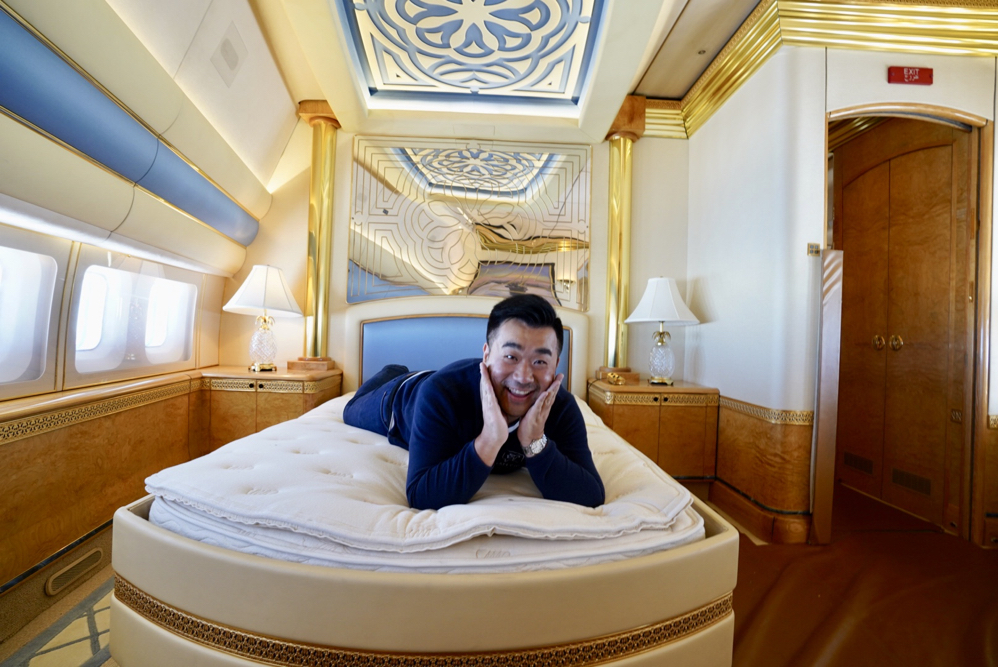 Back in July, I received a message, via Twitter, from a man called “Airplane Ben” and he mentioned to me that he owns a Boeing 747SP and that he wanted me to fly on it.

Most of you would be thinking that this was a joke, but I did some research and it turned out that there was indeed a Boeing 747SP parked in Hamilton, Ontario, Canada. From then on I followed Ben’s tweets with interest.

While I was in Mauritius on a filming project with Air Mauritius, I got my invite to fly on the B747-SP. There was not a lot of details or clarity and there was definitely no certainty, but I decided to take the chance.

I flew from Mauritius to Paris and bought my ticket to Toronto after I landed in Paris. I arrived in Toronto on the same day, in the evening, on October 3rd; Hamilton is just a short 45 minutes drive from Toronto. I met up with the maintenance crew in the hotel and was told that everything was ready, except that they were still waiting on one document from the FAA.

I was preparing myself for the eventuality that the flight wouldn’t take place the following day, this would mean I would have to re-schedule my busy work diary.

While we were still waiting for the document from FAA, the pilots and flight engineer all arrived at the airport. We were taken out to the plane to start preparations for our flight, all the time hoping to receive the fly-wire document we needed to take off.

Here is a glimpse of the interior but you can see the full detail in my video below.

Here is the video:

We landed at Marana, Pinal Air Park, AZ around 14:45 local time with a flight time of 4 hours and 1 minute. Sunny weather with a temperature of nearly 100 degrees Fahrenheit welcomed us. The B747-SP was scheduled for a C-Check in Marana and was waiting for a new buyer.