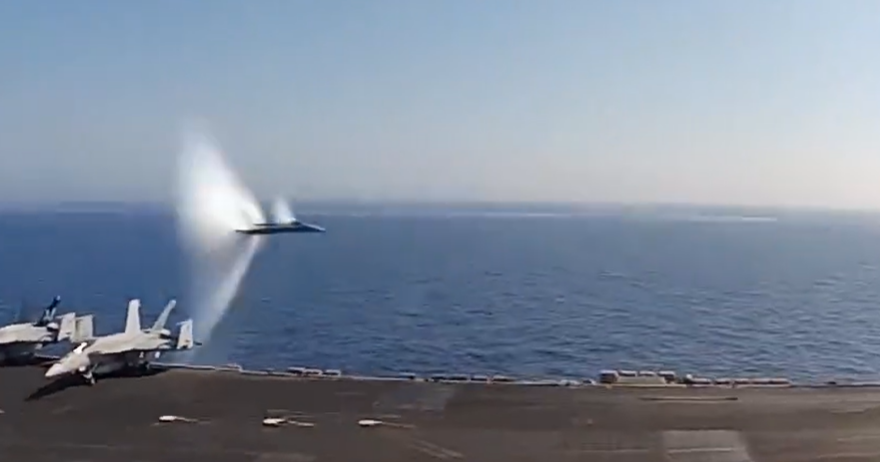 A stunning supersonic pass performed by a US Navy F-18 has been caught on video from the bridge of a US carrier.

The supersonic airliner that tuned into a white elephant