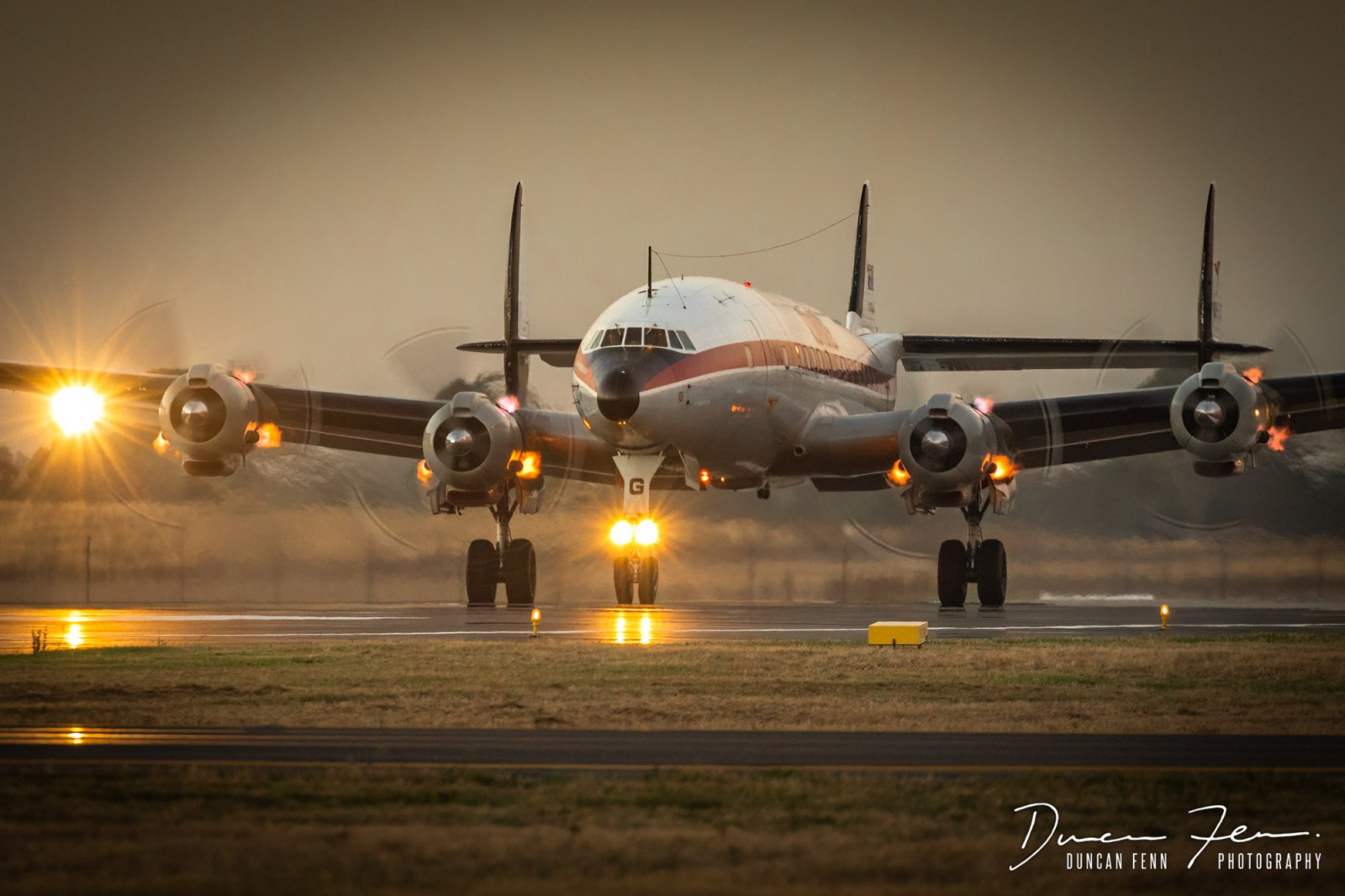 According to Mr. Fenn, of Duncan Fenn Photography VH-EAG ‘Southern Preservation’ is in fact the militarized version of the Super Constellation or ‘Connie’ as it is affectionately known.

It was originally built as a C-121C for the United States Air Force, serial number 54-0157, c/n 4176, and was delivered on 6 October 1955 when it was allocated to the 1608th Military Air Transport Wing based at Charleston, South Carolina.

During the 1990s the engineers at HARS took the now derelict Super Constellation from the Davis Montham aircraft graveyard and restored it from almost nothing to the beautiful flying condition of today and flew it across the Pacific to its new home.