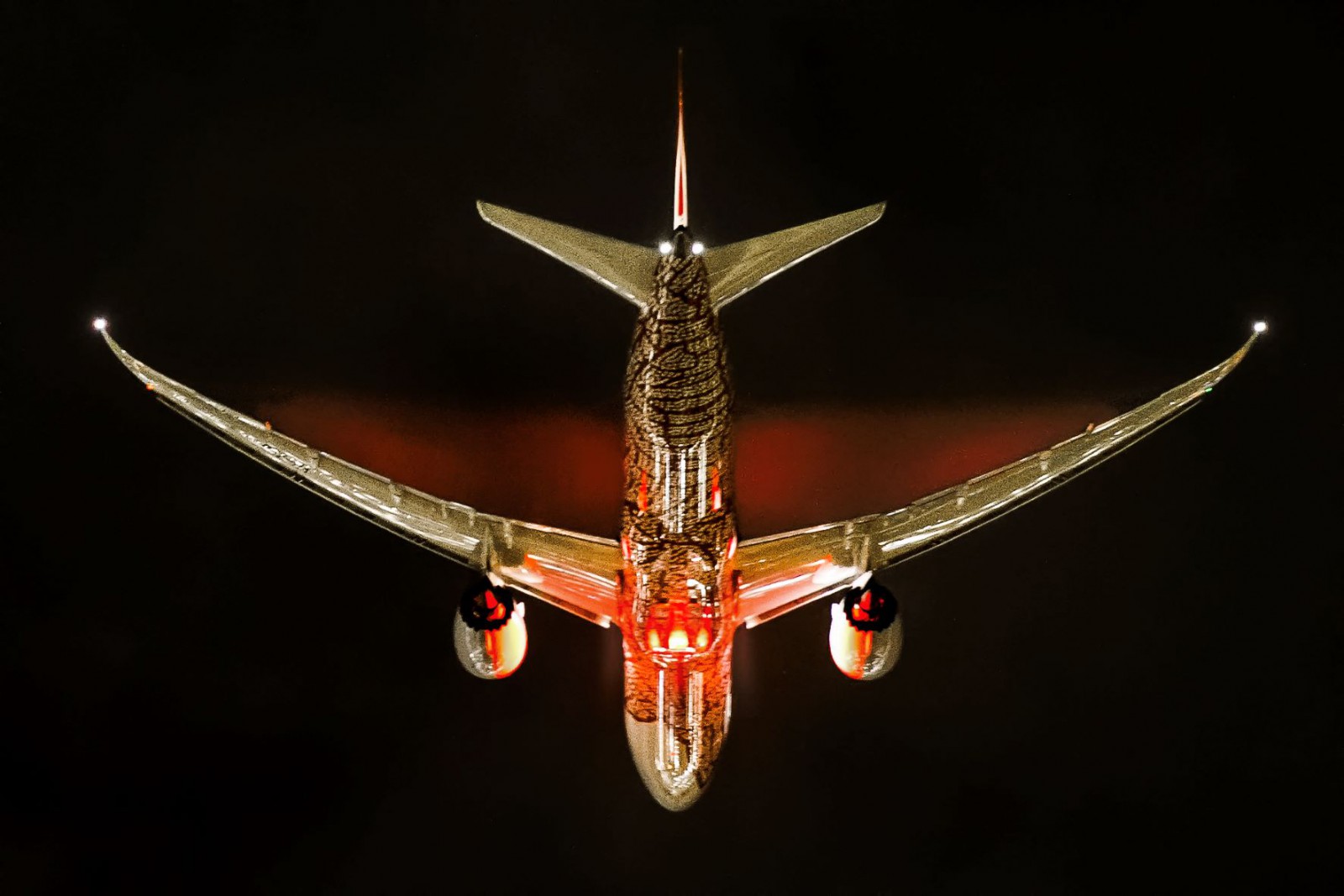 Richard Kreider has taken a stunning image of a Qantas 787 after lift-off from Perth on its non-stop journey to London.

The Qantas 787, VH-ZND “Emily” operated QF9 from Perth to London on October 29 departing at 8.19pm local and is scheduled to arrive at Heathrow at 5.50am local.

Born at a US Air Force base in France during the Cold War years, Richard Kreider jokes that his first breath probably had a liberal dose of fumes from aircraft engines.

And that exposure continued living under the flight path to Heathrow in his teenage years and he joined the Air Training Corps.

That passion for aviation has continued alongside his other love soccer, where he is a member of the Football Hall of Fame WA and part of the FFA National Panel of Football Historians.

Here are some more pictures taken by Mr Kreider.

“It is a hobby that does have its challenges since you have to respect the security of the airport and immediate surrounds.”

“The thrill of the chase, accounting for the contrast in weather conditions and resolving the technical issues of correct lighting, focus and framing are some of the testing factors of this style of photography.”

“When all of these elements come together and a great shot is achieved, that is when getting up at 3am is totally worthwhile.”

And the results are worthwhile with Mr Kreider’s night pictures being used around the world. In fact, the creativity of many of Mr Kreider’s fellow enthusiasts is being published.

Perth Airport is also helping to facilitate better access for special events such as the first Qantas 787 to Perth and the 2016 visit of the giant AN225. It is also planning more viewing areas in conjunction with the building of the new parallel runway.

“Aviation has been incredibly evolutionary in such a short period of time and we are now seeing aircraft that can travel longer and are more fuel efficient,” said Mr Kreider. “What shape aviation will be over the next say twenty years, only time will tell. However, you can be sure it will still be worth recording, and there will still be insomniacs willing to do it.”