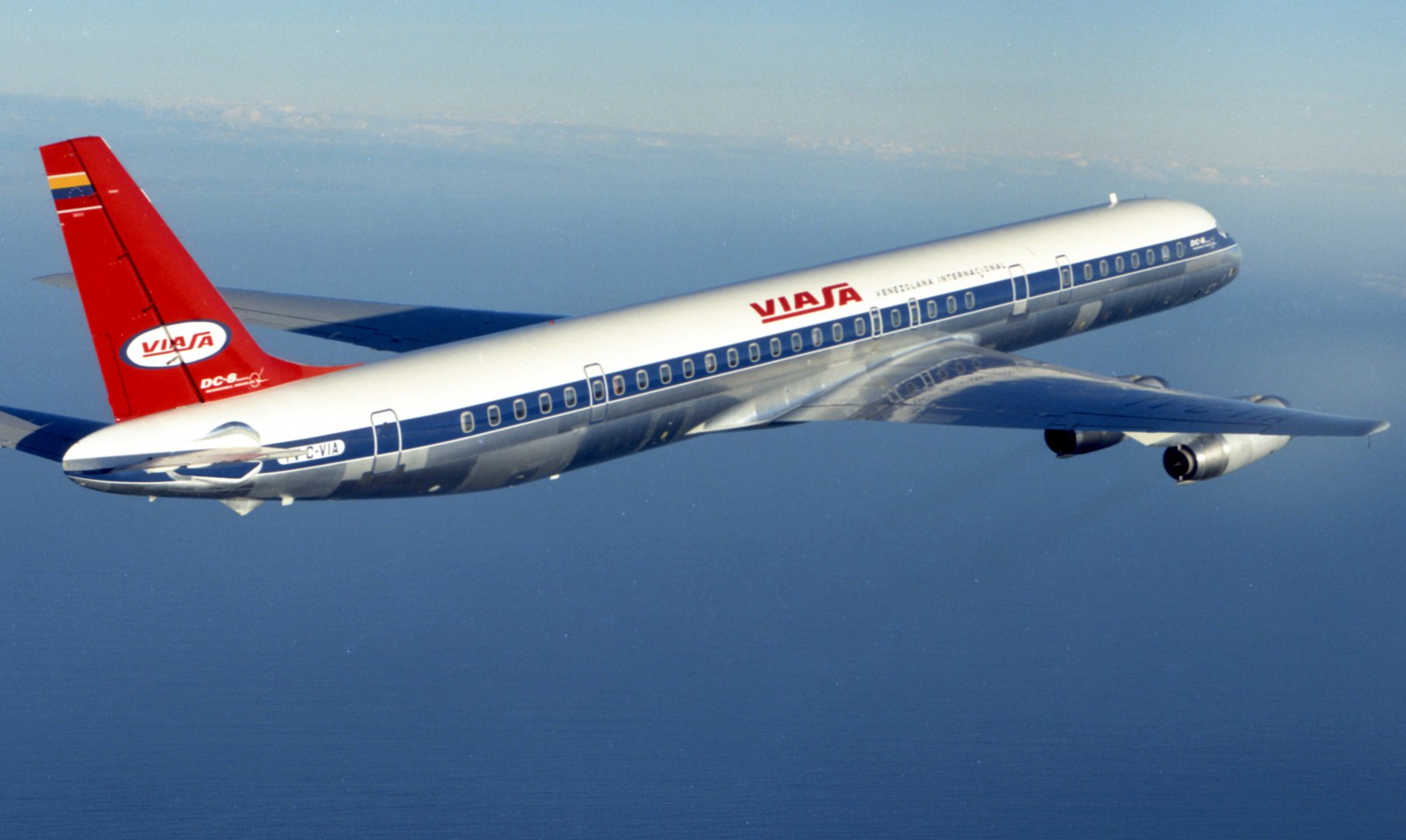 We have searched through our vast library to bring you some unique images of the magnificent Super DC-8 built by the Douglas Aircraft Company from April 1965 through to 1972.

Up till the advent of the 747 in 1970, the Super DC-8 series seating up to 259 passengers was the world’s largest commercial jet.

The longevity of the design is the stuff of legends with many seeing versive with freight companies beyond 2000.

Here, in Super DC-8 Part 1, is a sample of the magnificent jet.

Japan Air Lines DC-8 Super 62. JAL was the biggest operator of the DC-8 outside the US.

Delta Air Lines operated the Super 61 and later the Super 71 with an engine conversion.

Eastern Airlines operated both the 61 and 63 pictured above.

Swissair a long and faithful Douglas customer ordered the Super 62.