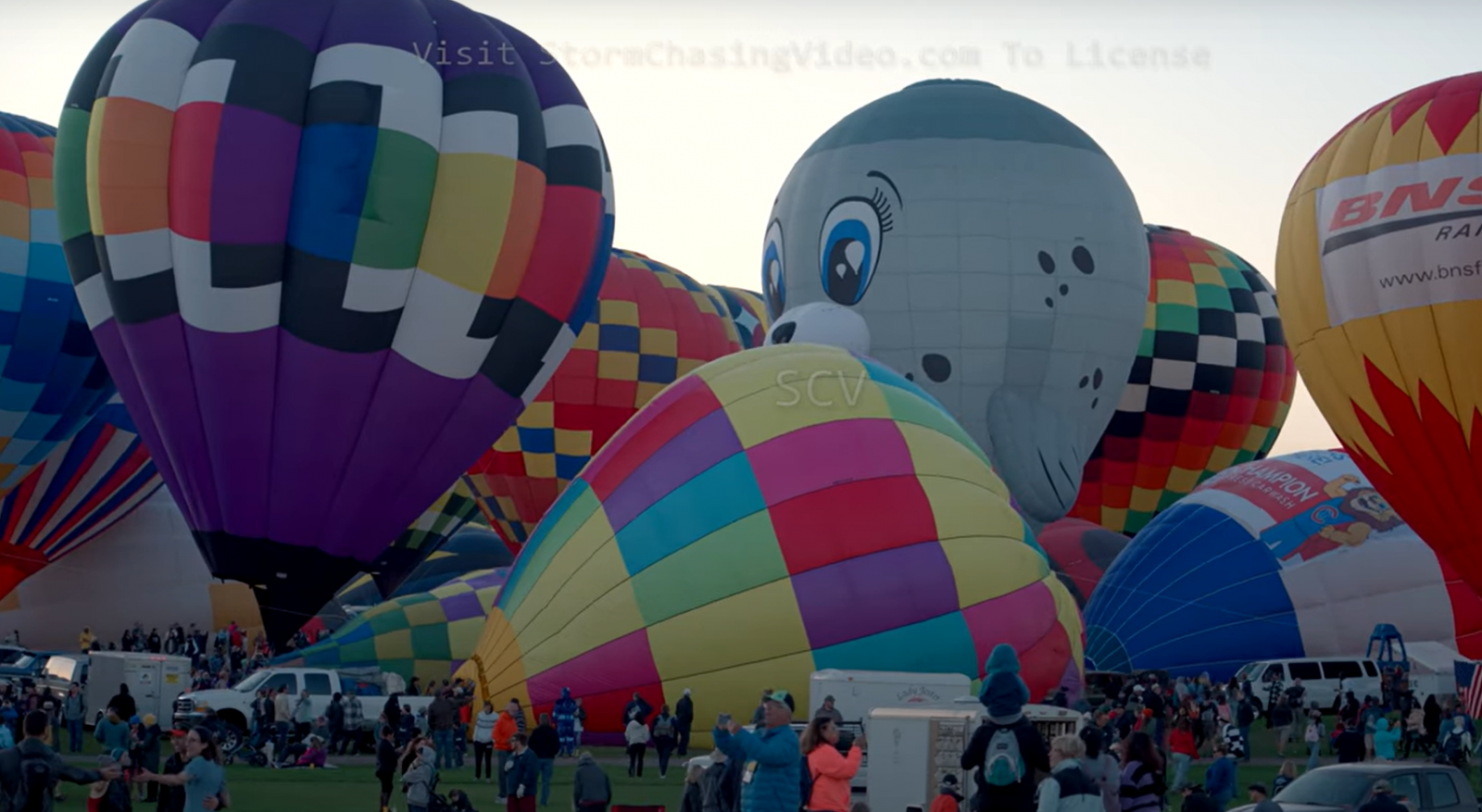 Stormchasers have captured some amazing video of the world’s largest balloon fiesta at the city of Albuquerque.

The Albuquerque International Balloon Fiesta kicked off the 50th anniversary of its famous event last month.

With over 650 registered balloons and pilots from 22 countries around the world. The event began in 1972 and has turned into the biggest Hot Air Ballooning event in the world. Day 1 weather was absolutely perfect and featured the famous “Albuquerque Box.”