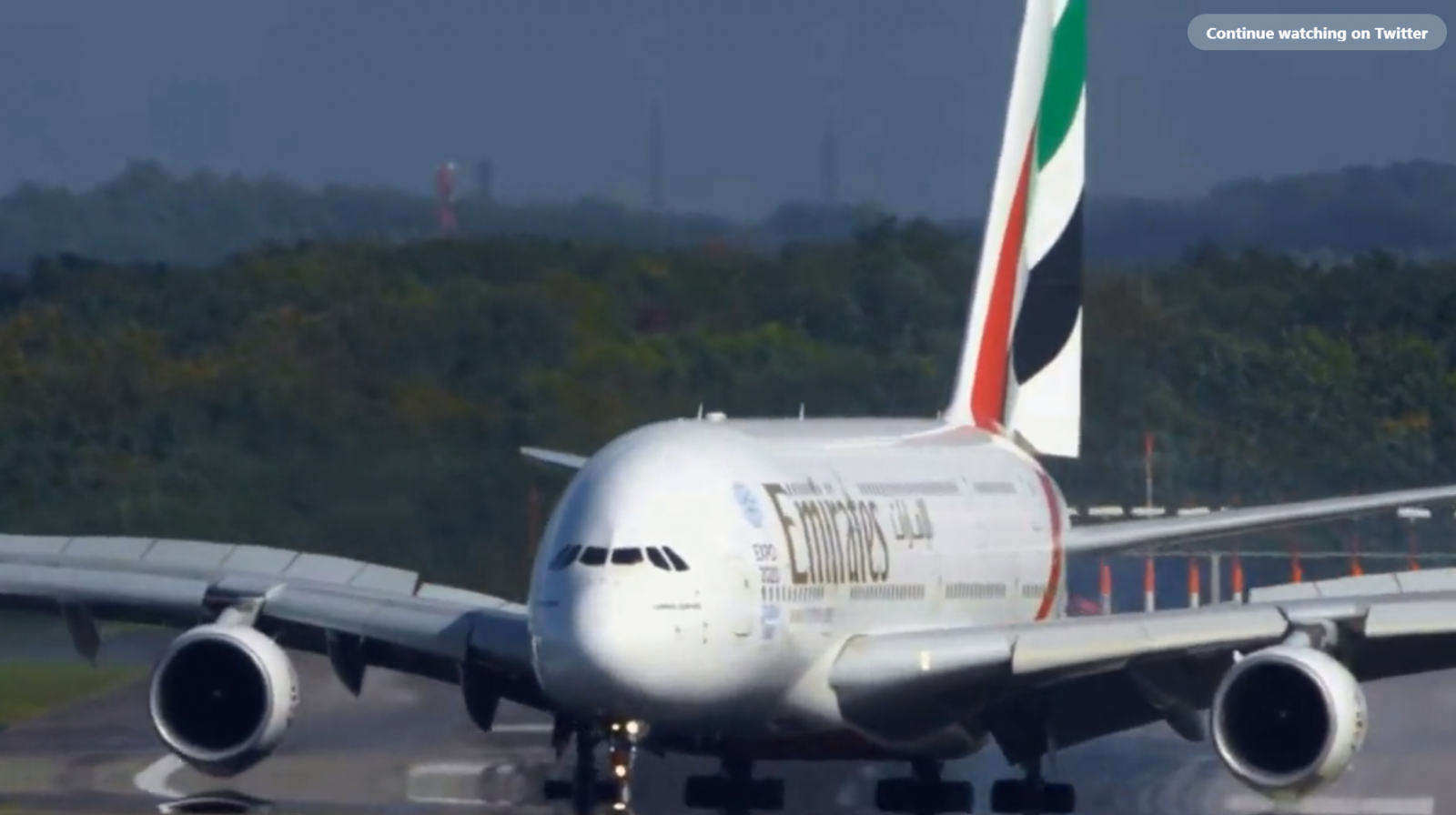 A spectacular video of an Emirates A380 battling crosswinds to land has been posted by @AircraftYTube.

Airbus A380 landing in a crosswind ✈️#airbus #a380 #landing pic.twitter.com/ZKcEWa2YMo

This takes great skill and the results – if not done properly – are often quite spectacular.