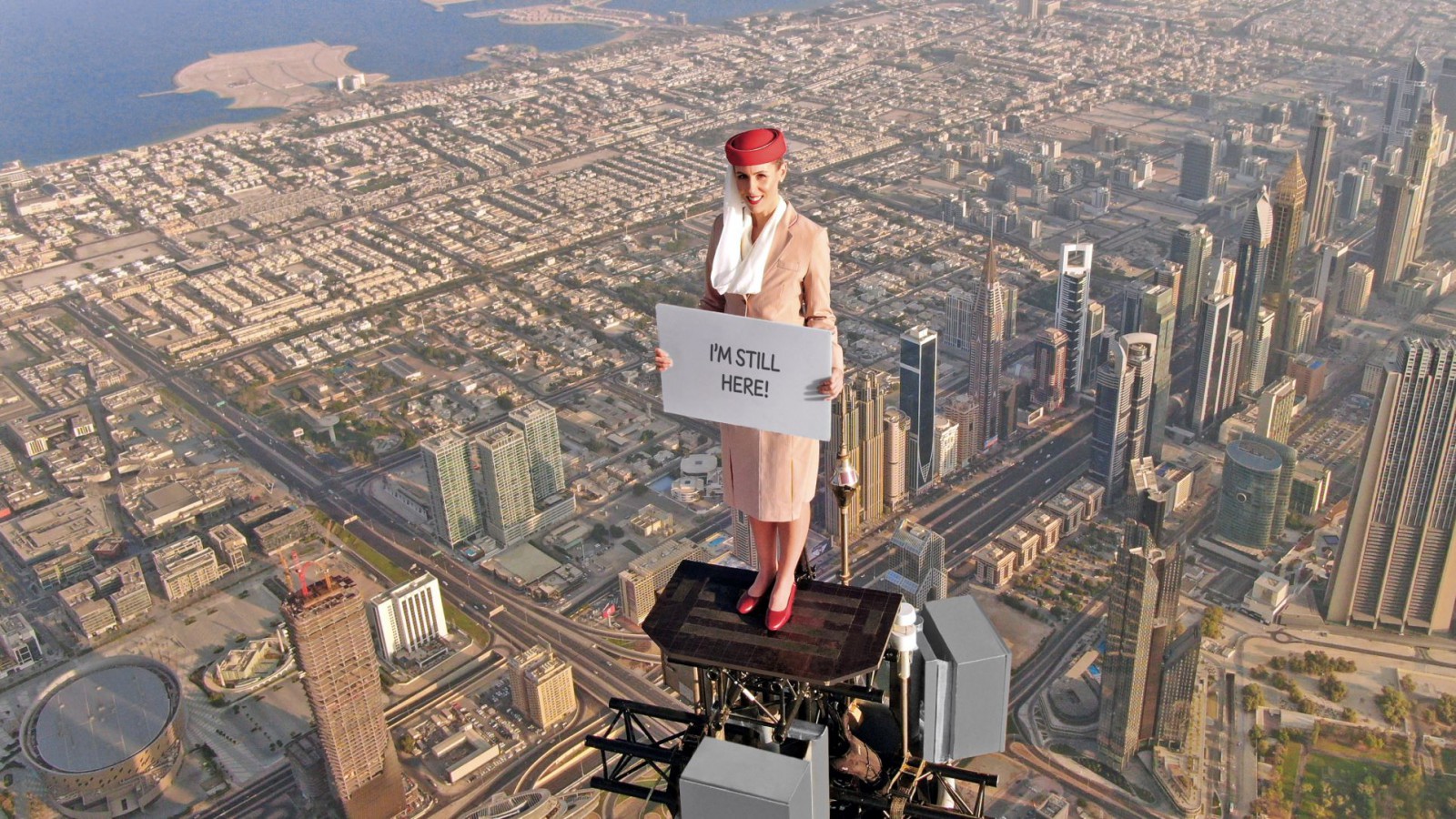 A behind the scenes video of Emirates amazing Burj Khalifa promotion has been released.

While the ad looked like it was shot effortlessly, the whole project involved in-depth planning and meticulous execution involving stakeholders across Dubai’s aviation ecosystem, with a strong focus on safety at every juncture when conducting the low flying maneuvers.

The carefully choreographed flypast involved the A380 flying at a low altitude of only 2,700 feet, the exact height of Burj Khalifa by Emaar.

Emirates said that the aircraft also flew at a very low speed of 145 knots. To put that into perspective, the average cruising speed of an A380 is around 480 knots. The low speed ensured the aircraft could efficiently and continuously circle around the Burj Khalifa and achieve a tight radius without drifting away. In total, the Emirates A380 circled the Burj Khalifa 11 times to get the right selection of shots for the ad.

The aircraft also appeared as if it was flying very close to the stuntwoman as she was standing on the Burj, when in fact it was over half a mile away.

The airline said that during the planning stages, Emirates pilots, Flight Operation teams, Air Traffic Controllers, helicopter pilots, drone operators, and the filming teams, the Emirates marketing team, the Emaar team, regulatory teams as well as the UAE GCAA and DCAA worked closely to discuss and deliberate every detail and aspect of the mission, choreographing the flight plan, running risk assessments, accounting for air traffic, areas overflown, as well as gauging potential wind and weather conditions in order to secure the necessary approvals.

It added that the pilots also trained multiple times in the A380 flight simulator to ensure every visual reference point was covered and tested and every manoeuvre checked prior to the mission. The simulator visits also helped establish the way all stakeholders would communicate during the flypasts and filming to ensure everyone was operating in a safe environment.

In addition, the team closely liaised with Dubai ATC to ensure that all activity was protected by blocking the airspace through a Temporary Restricted Area during all of its holding patterns.

Filming and low flypasts were conducted on 13 and 14 October 2021, and the timings of the flights were scheduled outside of the peak departures window at Dubai International as a further measure to mitigate any risk.

The new global multi-channel campaign will run in 12 languages, debuting across 19 countries covering TV, cinema, digital and social media platforms. The ad is part of a wider US$20 million commitment Emirates has made to help create awareness, generate excitement and ultimately drive more visits to Dubai and Expo 2020 Dubai.

Running until March 13, 2022, Expo 2020 Dubai brings the world together, hosting spectacular events that have encouraged repeat visitation, as it provides a platform for collaboration, showcasing human advances and the latest in technology, culture, art music, gastronomy, sports, and much more, in addition to over 190 country pavilions to see and experience.