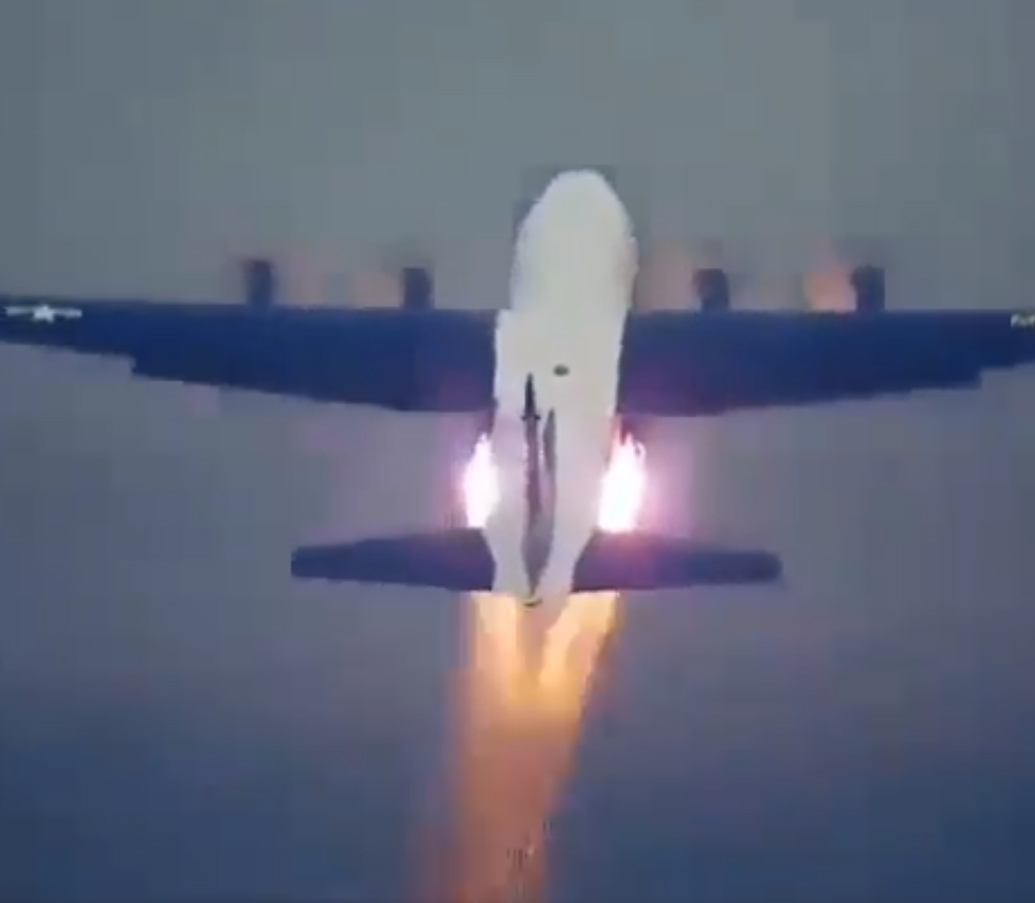 This spectacular rocket assisted take-off involves a Lockheed C-130 transport used as a support for the US Navy Blue Angeles.

Rocket assisted take-offs have been around for decades and while mainly used with military aircraft have been used by commercial aircraft, such as the Douglas DC-9.

JATO rockets were used extensively on piston-engined military transports in the 1950s which had limited power.

The world’s first jet airliner the Comet included a provision to carry two JATO rockets and these were tested at hot and high airfields such as Khartoum and Nairobi. But engine upgrades to the Comet rendered them unnecessary

The Boeing 727 also had provision for JATO rockets but they were not used. However, they were fitted and used on the Douglas DC-9.