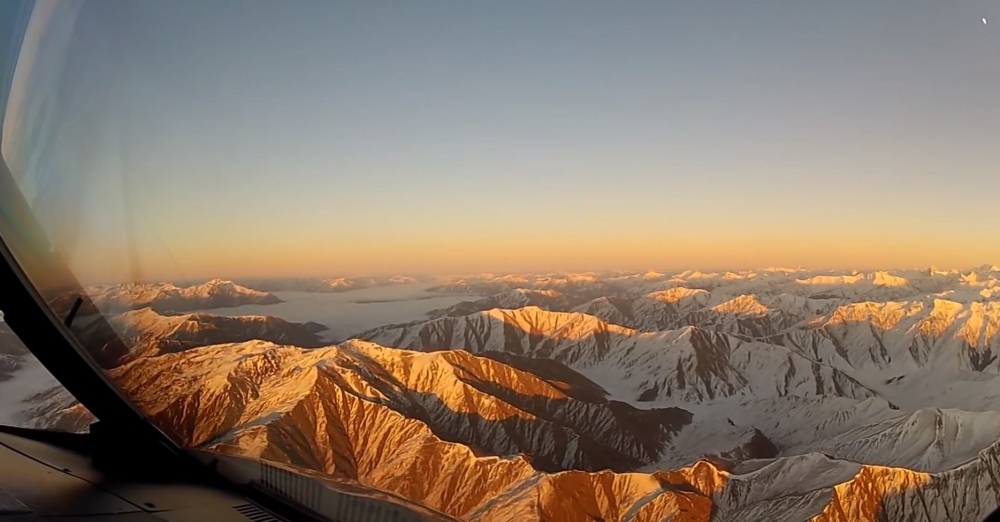 Below is a stunning video showing what is called an RNP (required navigation performance) approach to Queenstown New Zealand’s tiny airport nestled between mountains buried in clouds.

You will see a magnificent sunset scene and the aircraft sinks “blind” into clouds and emerges with the runway in sight.

But it is far from blind with RNP which is, in fact, a statement of the aircraft’s navigational performance and relates to the aircraft’s ability to use extremely accurate GPS signals.

These GPS signals are combined with the aircraft’s own internal navigation systems to create an accurate and stable navigation path.

Prior to approval for RNP operations, the aircraft’s navigation system is examined through its ability to fly the required flight path precisely over a series of proving flights in clear conditions.

RNP approaches and departures were pioneered by Alaskan Airlines in 1994 with 737-300s and later with Qantas with its 737-800s in September 2004 into Queenstown.

Queenstown airport is subject to low cloud conditions (cloud base above 400ft, but below 3000 ft) on an average of 36 days a year which prevents operations.

With a cost of a single diversion as high as $30,000, the business case is compelling.

The RNP approach to Queenstown involves passing through 19 very tight “gates” on the descent from 16,000ft. Those “gates” – or waypoints – are shown on the pilot’s primary flight display as limit markers both vertically and horizontally.

To perform the RNP approach the aircraft’s 12 key navigation-related systems must be working, and with redundancy that amounts to 25 separate independent systems working in perfect harmony.

This level of redundancy ensures that once an approach has commenced, single – or even in some cases multiple – failures will enable the crew to either continue with the landing or climb away from the destination airport without compromising safety.

But it is just not the operational demands of landing in Queenstown that is driving airline’s push into RNP operations.

Because of its high precision capability, RNP can save airlines millions of dollars in fuel costs by using much shorter – and mostly curved – approaches to airports.