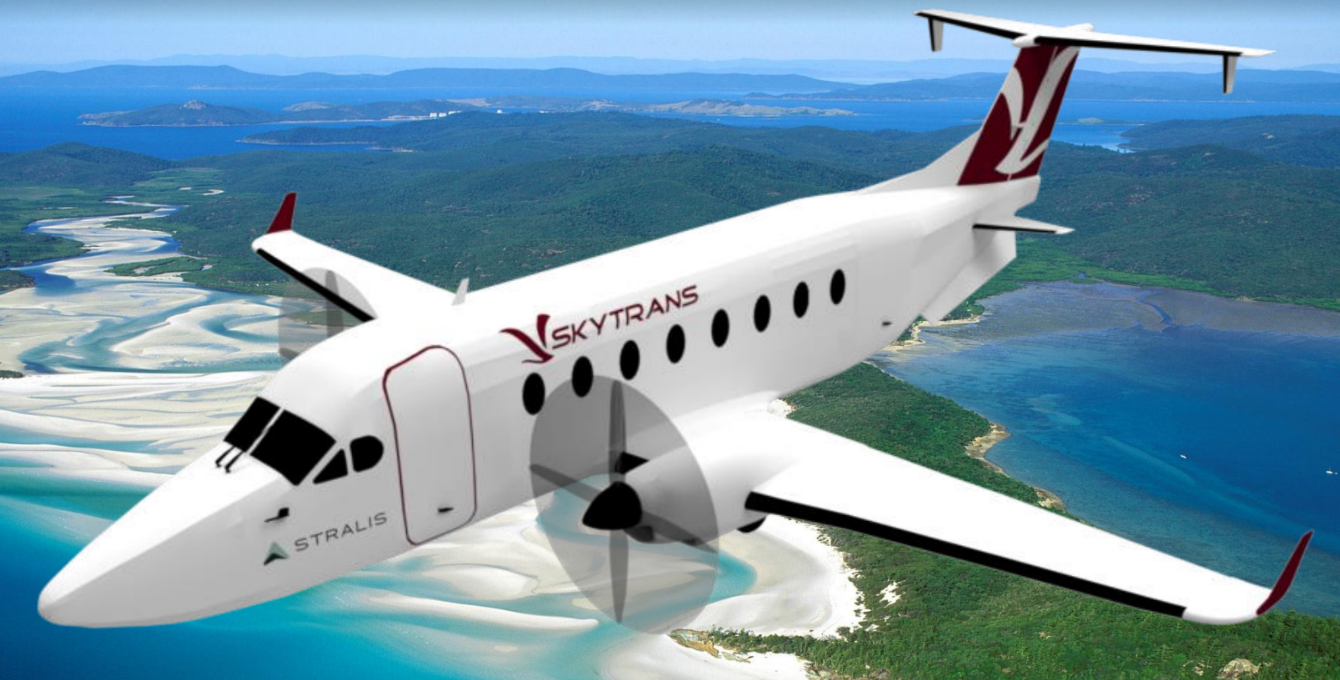 The zero-emissions hydrogen-electric propulsion system (HEPS) will be installed on a Beech 1900D Airliner with the trial flight to occur in North Queensland, demonstrating the technology is reliable for tough local conditions and the area’s pristine ecosystems.

Skytrans and Stralis Aircraft are taking a major step in designing and manufacturing the country’s first hydrogen-electric aircraft without compromising on safety, performance or cost.

Skytrans – which is part-owned by Former Queensland and Cowboys star Johnathan Thurston, is part of an Australian collaboration pioneering hydrogen propulsion technology for commercial aircraft.

Chief Executive Officer Alan Milne (right above) said: “We are proud to be leading the nation in developing its hydrogen industry and we want to play a leading role in showing that this technology can work in aviation.

“The impacts of climate change are concerning for local communities and that’s why we are playing a major role in reducing the environmental impact of aviation.”

As part of the project, Stralis Aircraft will design, build and flight test an integrated HEPS centred around an airworthy electric motor. They are looking for strategic partners to develop a megawatt-class fuel cell system suitable for their application.

“Queensland is ramping up its capacity to produce green hydrogen, ‘bottled sunshine, from local wind and solar resources. Stralis will take advantage of this to help companies like Skytrans continue to provide affordable air travel as the world transitions to Net Zero,” he said.

“This could be a win for Queensland industry and support their efforts to transition to a low carbon economy.”

Mr Johnstone said developing this innovative technology will allow them to access the $3.4 billion a year medium-sized turboprop market.

“As green hydrogen drops in price, it will become price competitive with fossil fuels within the next 5 years and we want to be well-positioned to capitalise on the opportunities from this technology. When the B1900D-HE enters service in 2026, it will have comparable operating costs to a conventional 19-seat turboprop aircraft and 25 per cent less operating costs by 2035,” he said.

Griffith University is providing support to the ground-breaking project through the Climate Ready Initiative, drawing on the university’s expertise in climate transition, aviation and tourism.

According to Griffith’s Climate Ready Initiative Program Manager Dr Emma Whittlesea, “the project is a major step forward in progressing solutions to transform one of the most challenging sectors to decarbonise.

”Progress in cutting emissions in the sector has been limited and quite disappointing to date,” she said. “Studies show almost a third of global travellers feel ashamed to fly because of its impact on the environment.”

The retrofit Stralis B1900D-HE will have a range of 800 km and will have the capacity to carry 15 passengers. The first test flight is expected to be completed in early 2025, with certification and entry into service in 2026.