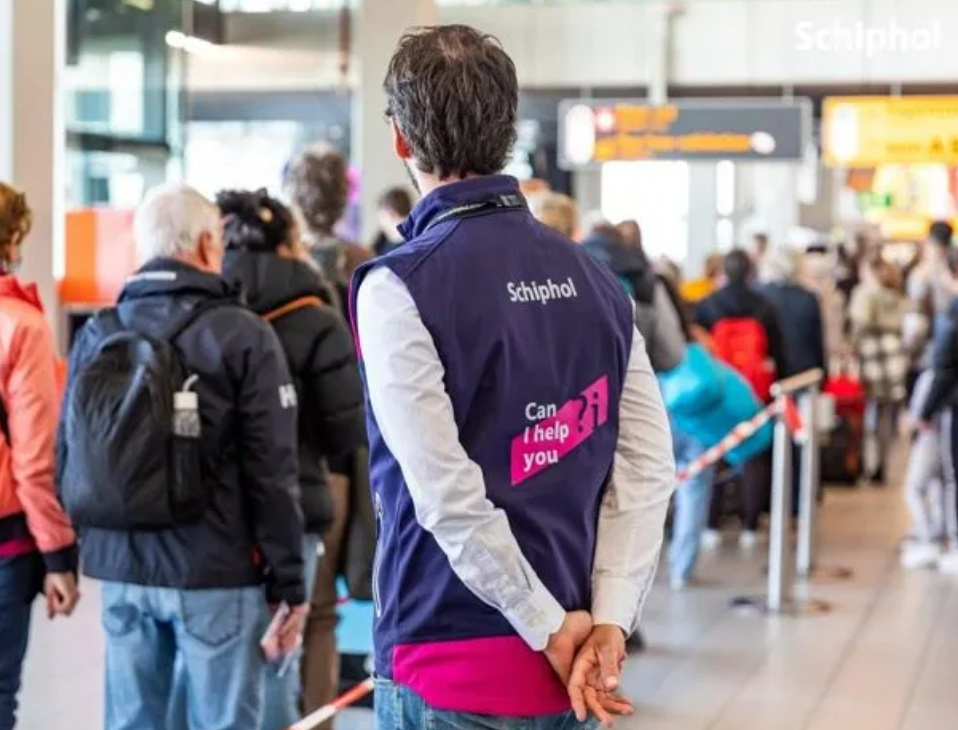 Staff shortages have been reported by many airlines and airports across the world, but one of the airports with a serious problem is Amsterdam Schiphol. The airport announced an action plan on May 26 that should bring some relief, but probably only to airport staff and not the passengers and airlines. Schiphol calls on airlines to reduce flights.

Schiphol is one of the airports that reduced its staff during the two-year Covid period. And like London Heathrow of Frankfurt was caught by surprise when traffic soared quicker than expected in the past weeks. On April 23, KLM ground handlers announced a six-hour ‘wild’ strike that totally disrupted the airport for a number of days. Underpaid and understaffed, the ground handlers stated that the pressure on them was too high.

In the following weeks, to the outside world, all seemed fine again. But last Monday and Tuesday, the system collapsed again. Not just the baggage handlers but also security was severely short on staff. It resulted in waiting lines of five to six hours for security, many travellers missing their flights, and tensions rising high that caused the airport police to intervene.

Two days later, Schiphol has come up with an action plan. The first ingredient was announced on Wednesday evening and is about the reduction in slot capacity. Between June 1 and August 28, the airport wants to reduce airline slots from 120,000 to 90,000. Slots that airlines are unable to use will not be taken up by another airline, but remain unused. Schiphol expects that this puts off the pressure on the 80/20 slot rule and results in airlines surrendering unused slots more easily and quicker, thereby reducing the pressure on the airport system. As CEO Dick Benschop says in the action plan, the airports want to get to a ‘manageable operation’ with better coordination between airlines. Moving flights to regional airports like Rotterdam The Hague, Eindhoven or even Groningen Eelde are other options. In the last option, the airport could force airlines to reduce the number of flights.