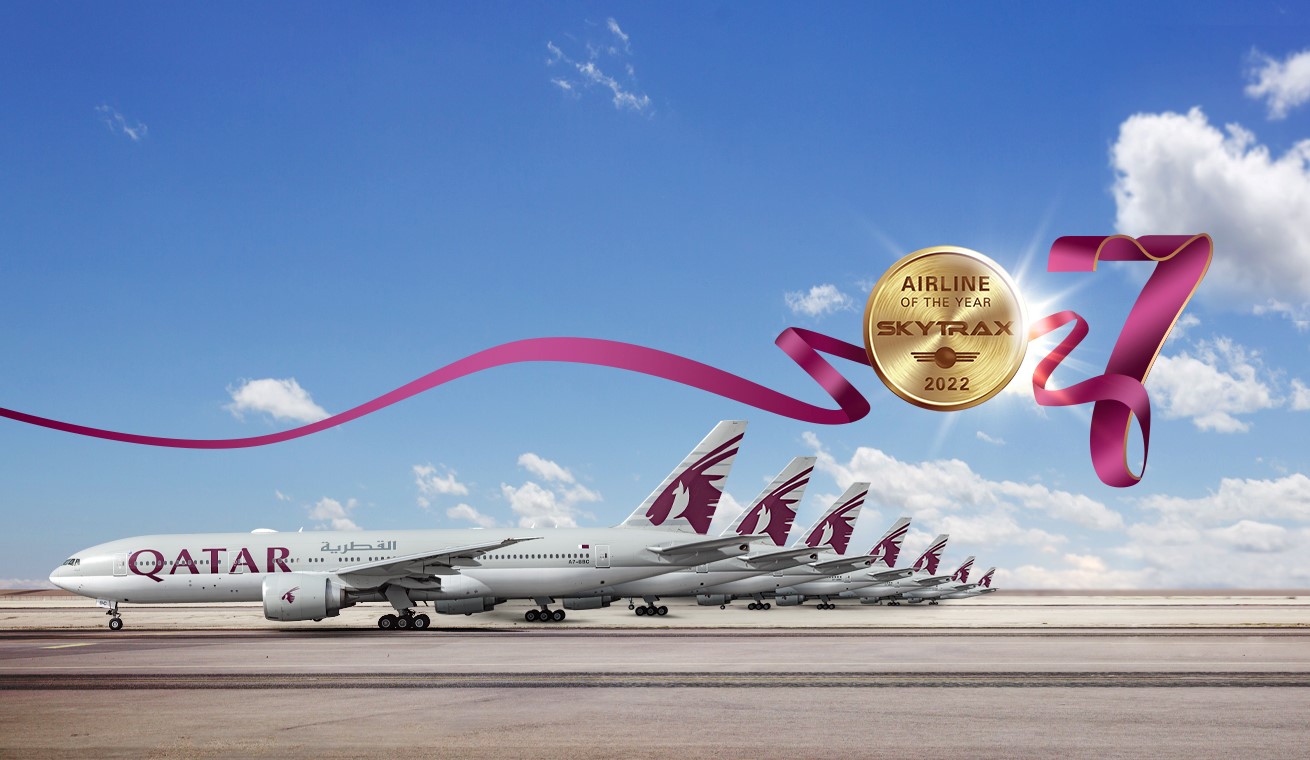 Qatar Airways is soaring, winning more and more awards as it celebrates its 25th anniversary.

The prestigious Skytrax and Airlineratings.com awards are coveted within the industry due to their reputation as the benchmark for excellence and distinction.

Also, the Al Mourjan lounge was recognised for its outstanding culinary excellence and was awarded the World’s Best Business Class Lounge Dining.

In a further endorsement of its leading role not just in global aviation, but also within a highly competitive region, Qatar Airways was also announced as Best Airline in the Middle East by both Skytrax and AirlineRatings.com, a strong affirmation of its reputation for excellence, a strong global network, leading global partnerships and every passenger journey having a touchpoint with Hamad International Airport.

Qatar Airways Group Chief Executive, His Excellency Mr Akbar Al Baker, said: “To be named as the World’s Best Airline was always a goal when Qatar Airways was created, but to win it for the seventh time and pick up three additional awards is a testament to all the hard work of our incredible employees. Their continued dedication and drive is to ensure our passengers have the best experience possible when they fly with Qatar Airways.

“To win these awards in the same year that we celebrate our 25th anniversary is even more rewarding and I want to offer a sincere thanks to all our passengers who voted for us. Your support drives us to greater achievements every day. We value your loyalty and aim to create memories of a lifetime when you fly with Qatar Airways.”

Edward Plaisted of Skytrax said: “To receive the 2022 World’s Best Airline award is a great recognition of Qatar Airways’ high standards, and recognises the hard work and dedication of every member of the airline’s staff to satisfy customers. Qatar Airways was the largest airline to have flown consistently throughout the COVID-19 pandemic, with their network never falling below 30 destinations, and that determination has clearly been well recognised by customers with this award as Airline of the Year 2022. For Qatar Airways to achieve this top accolade for the seventh time is both a unique and remarkable achievement, and we congratulate them for this success.”

The Skytrax awards covered the 12 months from September 2021 to August 2022 with over 14 million eligible entries counted in the results, a period when Qatar Airways increased its global network back to over 150 destinations.

Airlineratings.com awards differ in that they are based on 11 objective criteria and cover the period from July 2021 to June 2022.