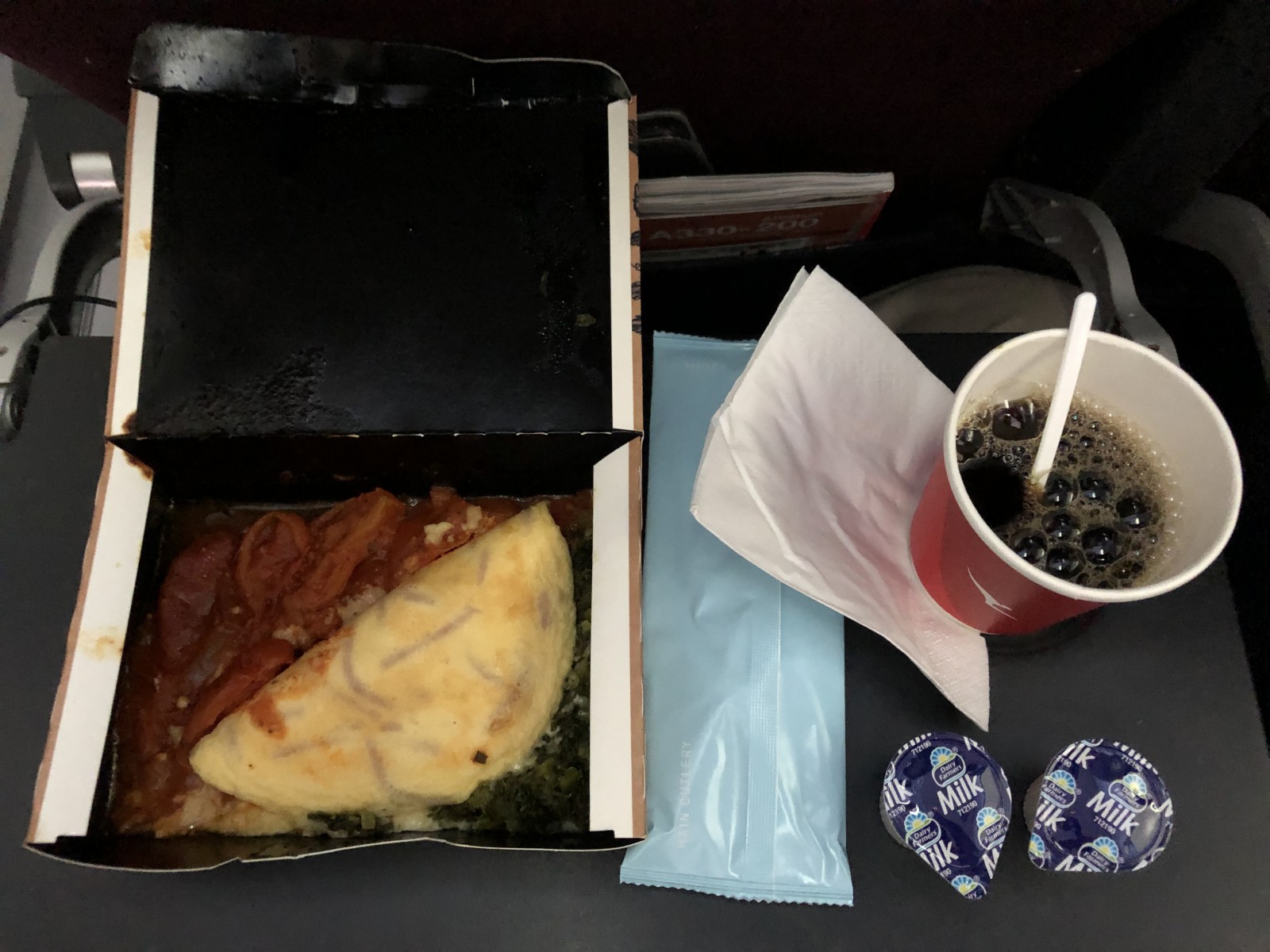 Qantas transcon. Cheerful, not too expensive and it’s as reliable as clockwork.

That is the daily Qantas transcontinental flights from Perth Australia to Sydney, Melbourne, Adelaide and Brisbane.

Almost without a hiccup, Airbus A330s and Boeing 737 shuttle back and forward across the country in a seemingly endless conga line.

I booked in April for a July 6 flight returning on July 9.

Take-off was effortless as we had about 150 school children onboard our A330 and it afforded me a great opportunity to get some excellent take-off vision of Perth Airport and the city in the early morning light.

Not long after takeoff it was breakfast and we opted for the omelet in the cardboard box.

Must confess, really can’t get excited about the cardboard box, but understand the dynamics of cost efficiency, etc, and it is certainly better than what you offered in the domestic flight in the US, which is next to nothing.

Once you get over the “cardboard thingy”, the omelet was very nice and with a strong cup of coffee your appetite is satisfied.

Still, it would have been nice to have a muffin perhaps to finish off.

Flight attendants were super obliging and before we knew it the captain announced our approach to Melbourne.

All in all, efficient but would love a muffin to round off breakfast.

Our return was a little better.

We chose a pasta box and that came with cheese and biscuits plus wine for free.

The pasta was really quite good and filling.

And to finish off a Twix Ice Cream that would win me over every time.

Flight Attendants on the return service QF653 were outstanding with repeats on the wine as well as the cheese and biscuits.

What else could you ask for?