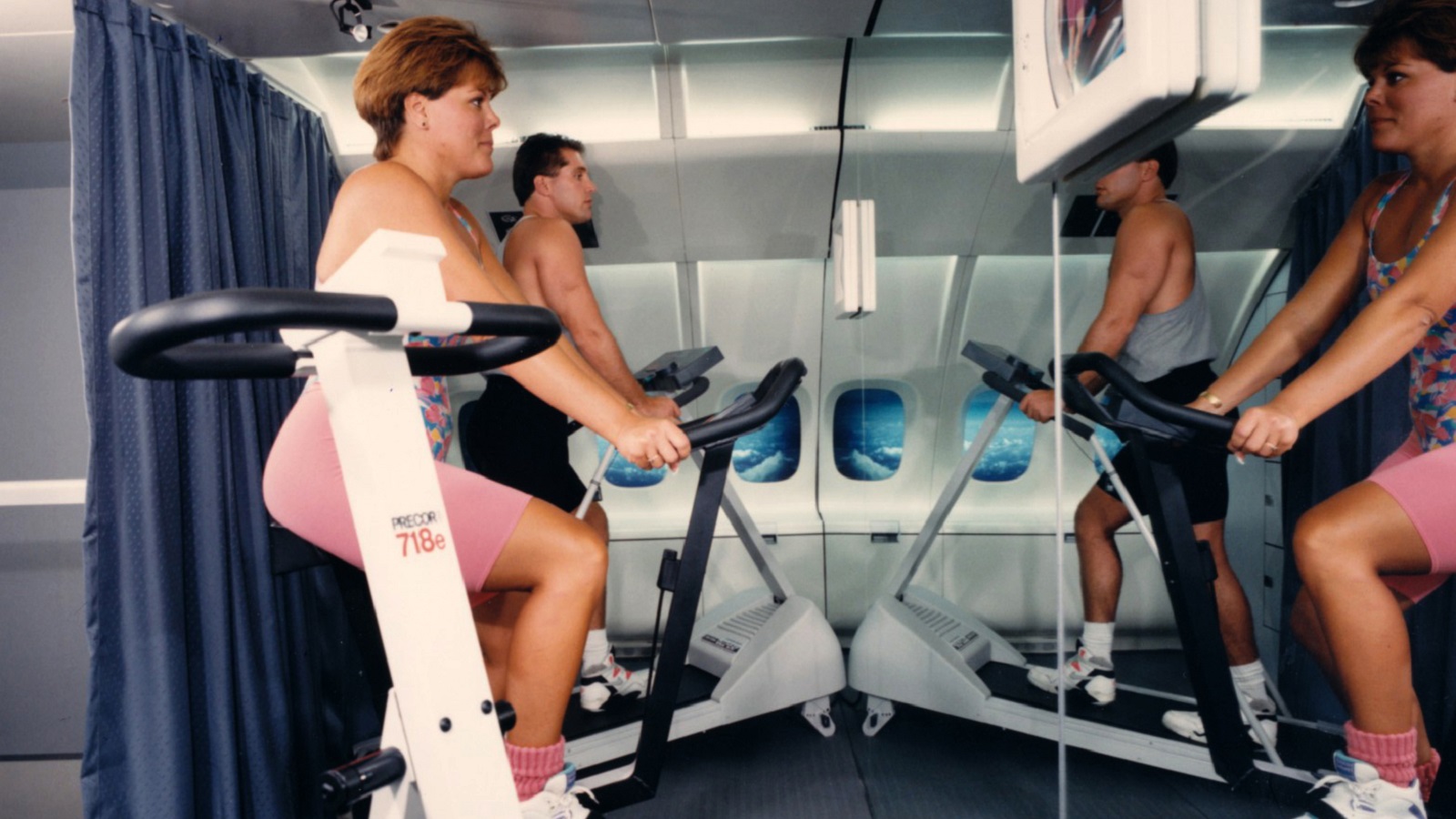 Qantas has asked plane-makers for a best and final offer for its ambitious project Sunrise and has revealed it will include entirely new first and business class product as well an exercise zone for economy passengers.

The airline has abandoned plans for underfloor sleeping berths or meeting rooms because of the weight penalty and says it will instead include on the plane a zone for economy and premium economy passengers to stretch, exercise and hydrate.

The airline is planning a four-class aircraft with the new first and business class product but the payload shortfall means it will not be able to carry freight on its London service.

Depending on whether it chooses the Airbus A350 or the Boeing 777-X, there will be fewer seats and the exercise zone is seen as a way of making use of extra space.

But he warned that he would be ruthless and scrap Project Sunrise if the business case did not stack up by the end of the calendar year.

The airline’s plans to fly non-stop between Sydney and Melbourne to London is stretching the limits of current aircraft technology and has been likened to the moon shot.

Qantas has completed its evaluation process on the aircraft and Joyce told reporters at the International Air Transport Association annual meeting in Seoul Tuesday that the airline believed both aircraft could do the missions.

“There’s still not full payload on both aircraft but there’s enough, we think, to make it commercially viable if the other parts of the business case get there,’’ Joyce said.

“We are issuing a best and final offer – it’s the way you tender with the manufacturers – to both Airbus and Boeing,’’ he said. “And the intention is by August that we’ll have the results of that back.”

Joyce said this would get Qantas to the stage where it had the price of aircraft and guarantees in areas such as fuel burn, maintenance costs and reliability.

He noted that payload on aircraft was “always evolving” and as manufacturers tested and refined the aircraft they began giving better payload guarantees.

“So what we’re after is the manufacturers essentially putting their money where their mouth is by guaranteeing some of these performances,’’ he said

He said these would all be part of the final negotiation and were important to the business case.

He had met in the past two days with senior executives with both Airbus and Boeing.

“We had very good discussions with both of them on the aircraft and they’re both very keen to win this,’’ he said.

Qantas was also talking with pilots about changing the labor contract to boost productivity in the same way it had for the 787 ultra-long-haul route, Joyce said.

He said pilots had benefited from the new route through more than 1000 promotions.

“We’re after a similar type of discussion when it comes to Sunrise because this is up to 21 hours of flying,’’ he said. “It needs big changes to that agreement and we’re having a constructive dialogue with the pilots on that.’’

Changing the regulations on fatigue risk management to change the limits on what pilots could fly was also key.

The airline had been talking to regulators and had been working for several years with the University of Adelaide on a sophisticated fatigue risk management system it hoped would make its case.

But he said a chief executive had drawn a line and would move on to other projects such as the domestic fleet replacement if the issue was not resolved by the end of the calendar year.

“So have no doubt about that. We are very disciplined when it comes to capital management, it’s our shareholders’ money and it’s going to be billions of dollars. “

However, he noted Qantas was making good progress, the manufacturers were keen and the pilots appeared to be keen.

On the issue of potential routes beyond London and New York, Joyce said there was a potential service from the East Coast to Paris or Frankfurt.

Other markets included Chicago non-stop, possibly another point on the US East Coast, Brazilian destinations such as Sao Paolo and Rio and Africa.

“So we think there is a large number of markets that work,’’ he said, adding the airline would stage a fleet order with minimum aircraft number to do the big markets it was certain would work.

He said that the fleet could be significantly expanded if it saw the same success on new markets as it had seen on Perth-London.

On the domestic fleet replacement, Joyce said the airline was still interested in Boeing’s NMA aircraft, dubbed the 797.

Joyce said Qantas had frequency saturation on the Melbourne-Sydney route and the NMA would be the “perfect domestic vehicle” to replace the 737 if it could turn in 35 minutes with more than 200 people on board.

He said the airline would also look at the Boeing 737 MAX in competition with the Airbus A320 family.

“Boeing is a massively good engineering operation,” he said. “They will fix this, they will get the problems resolved.”