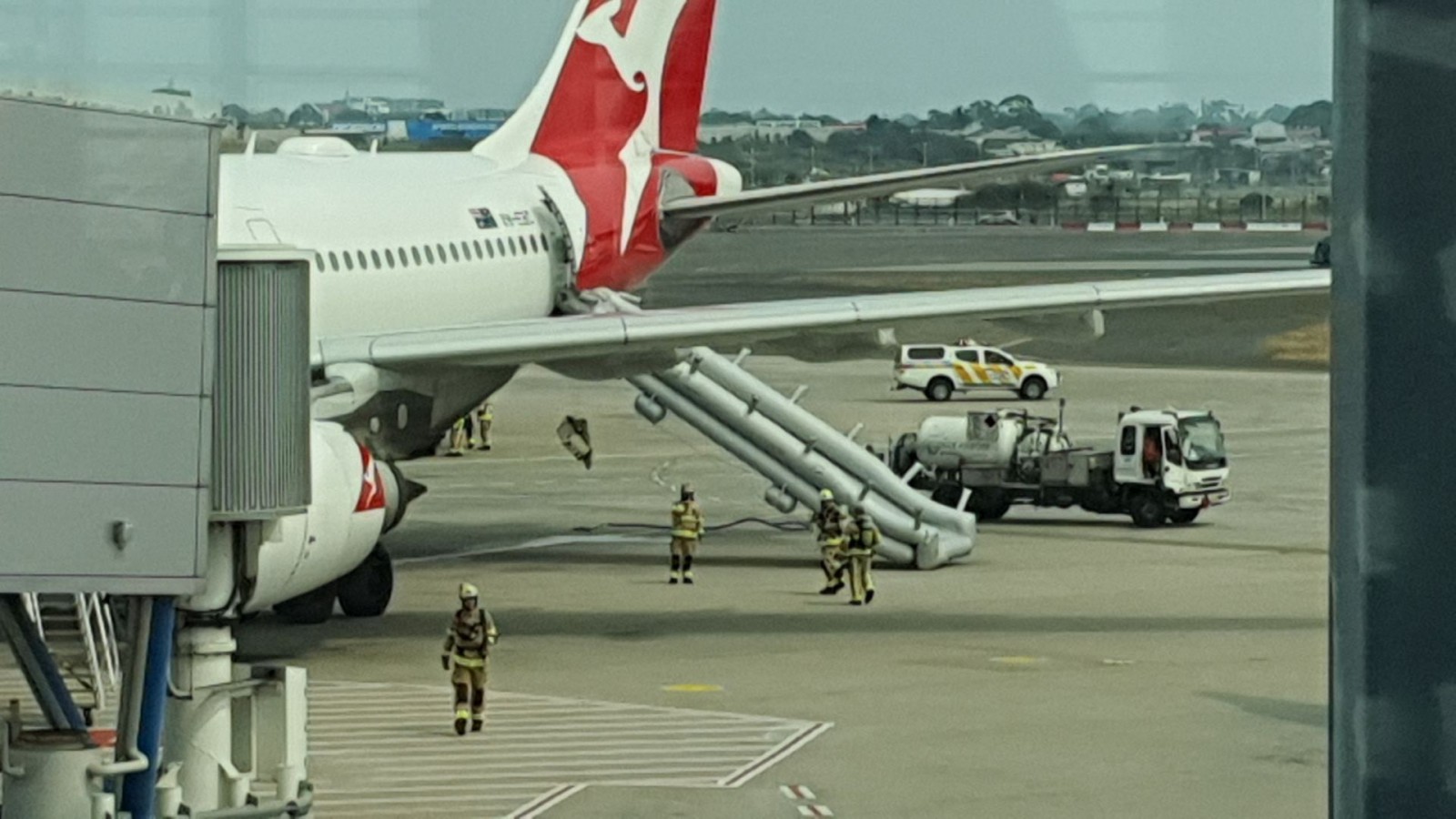 Terrified Qantas passengers were forced to use emergency slides to evacuate a Perth bound plane after a foul-smelling “smoke-like haze” filled the cabin.

One passenger was taken to hospital while others were treated for minor injuries at Sydney Airport.

Flight QF 575, a 271-seat Airbus A330, developed a hydraulic problem in one of three of its systems 20 minutes after take-off from Sydney on route to Perth and the captain turn back.

Everything was routine until the crew turned the A330 off the runway after landing.

The hydraulic leak prevented the pilots from steering the aircraft and they had to call for a tug to tow it to the gate.

Passengers complained of a foul-smelling burning smell, thought to be the leaking hydraulic fluid.

At the gate both forward aero-bridges were connected but the cabin started to fill with the misty haze, promoting the captain to order an evacuation.

Three rear chutes were deployed for passengers in the rear of the plane.

One passenger told AirlineRatings.com that incident was handled extremely well.

“The crew were firm and fantastic,” he said.

“The captain had briefed us on the issue on the return and the cabin crew were so professional.”

But for a number of passengers the incident was terrifying.

On Twitter Ally Kemp said: “Everyone had to exit the plane via slide onto Sydney tarmac after the cabin filled with smoke and the captain screamed evacuate. Terrifying.”

Another, EvilHomer saw the lighter side of it and tweeted; “@Qantas well that was fun, turning out to be an eventful holiday. Cabin crew were fantastic”

Passengers had to wait two hours to retrieve their carry-on bags which were left behind in the emergency evacuation.

Qantas was aiming to get all passengers to Perth by late yesterday today but full flights were making this a challenge. The airline was looking to put on an additional flight.

Qantas said it believes that the haze in the cabin was caused by the hydraulic fluid leaking onto the air-conditioning system.

“Once the aircraft was back on the gate there were reports of a thick haze in the cabin, likely caused by hydraulic fluid entering the air conditioning unit.”

“Two passengers were treated for injuries sustained from using the slides and another passenger was taken to hospital as a precaution.