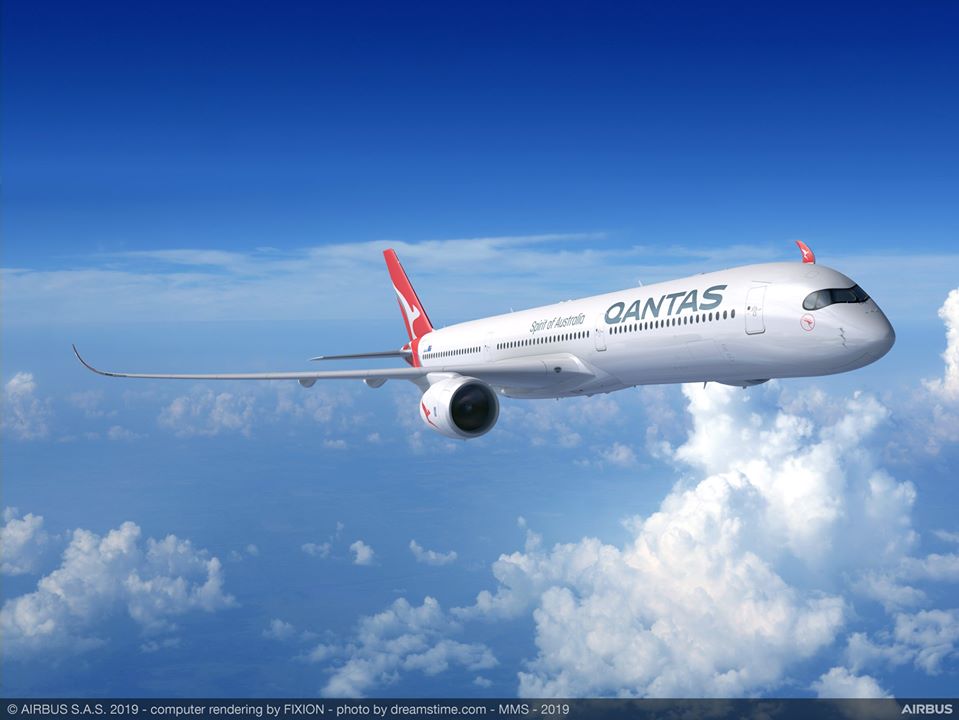 Qantas has announced it will order up to 12 A350-1000s for Project Sunrise ahead of a final go/no go decision, which will now take place in March 2020.

It said: “After detailed evaluation of the Boeing 777X and Airbus A350, Qantas has selected the A350-1000 as the preferred aircraft if Sunrise proceeds. This aircraft uses the Rolls Royce Trent XWB engine, which has a strong reliability record after being in service with airlines for more than two years. Airbus will add an additional fuel tank and slightly increase the maximum takeoff weight to deliver the performance required for Sunrise routes.”

“No orders have been placed but Qantas will work closely with Airbus to prepare contract terms for up to 12 aircraft ahead of a final decision by the Qantas Board.

But project Sunrise still faces many challenges with crewing and regulatory hurdles.

According to the Australian & International Pilots Association weekly newsletter, Insights, Sunrise “remains subject to pilot acceptance of a new EA and further Board review in February 2020.”

Sources tell AirlineRatings.com that the “business case doesn’t stack up at the moment.”

Recently a group of “frustrated” Qantas pilots gained control of a powerful union committee negotiating both a short-haul agreement and the airline’s Project Sunrise possibly signalling the latter’s demise.

Under AIPA rules, executive decisions must be signed off by the CoM.

Recently 68 per cent voted down the proposed new short-haul agreement, sending negotiations back to square one said The Australian.

But Qantas chief executive Alan Joyce said the carrier’s support for Sunrise was “stronger than ever”.

“Between the research flights and what we’ve learned from two years of flying Perth to London, we have a lot of confidence in the market for direct services like New York and London to the east coast of Australia,” he said.

“The A350 is a fantastic aircraft and the deal on the table with Airbus gives us the best possible combination of commercial terms, fuel efficiency, operating cost and customer experience.

“The aircraft and engine combination is next-generation technology but it’s thoroughly proven after more than two years in service. This is the right choice for the Sunrise missions and it also has the right economics to do other long haul routes if we want it to.”

Joyce reiterated that the airline would only commit to the project if the business case worked and the last gap was obtaining efficiency gains from pilots.

“We’re offering promotions and an increase in pay but we’re asking for some flexibility in return, which will help lower our operating costs,” he said.

“Airbus has given us an extra month to lock in an aircraft order without impacting our planned start date, which means we can spend more time on hopefully reaching a deal with our pilots.”