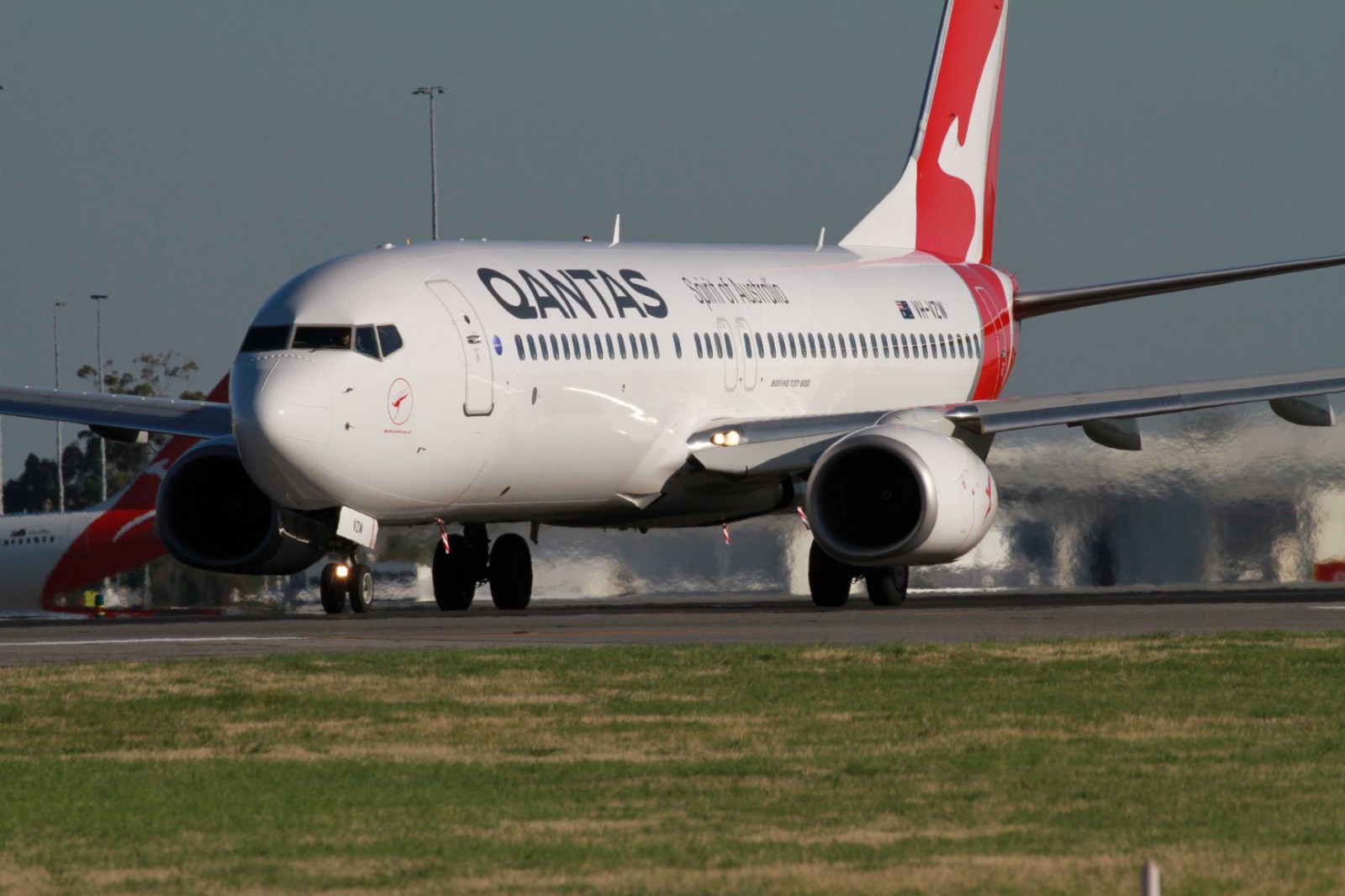 An air traffic controller and the crew of Qantas Flight QF582, have been praised for their quick action in averting a potentially catastrophic runway collision at Perth Airport, Western Australia, in 2018.

The Australia Transport Safety Bureau report into the serious incident has blamed taxiway design, flight crew distraction and incorrect mental model for the runway incursion of another Qantas 737, Flight QF567, that left some passengers bruised and shaken on April 28, 2018.

On that Saturday afternoon QF567, operating a Sydney to Perth service and registered VH-XZM, landed on runway 03 at Perth, and exited the runway onto taxiway J2, which led to a holding point for crossing runway 06.

Runway 03 is the south to north main runway and 06 is the west to east cross runway.

However, the crew of QF567 did not stop at the holding point and crossed an illuminated stop bar (a set of lights embedded across the taxiway surface) without an air traffic control clearance.

At that time, QF582, registered VH-VZL, with air traffic control clearance, had commenced its take-off roll from runway 06 for its flight to Sydney.

As the arriving 737, QF567, crossed the stop bars an automated warning within the Perth air traffic control tower alerted the aerodrome controller (ADC) of the violation and he issued an instruction for the crew of QF582 to “stop immediately”.

The ATSB said that “soon after, the flight crew of QF567 became aware of their position and stopped their aircraft just before crossing the edge of runway 06 with QF582’s wingtip passing about 15 meters from QF567’s nose at low speed just before coming to a stop.

Some passengers on QF567 told AirlineRatings.com in 2018 that the captain braked so hard that they “hit their heads on the seat in front.”

Among many findings, the ATSB report found that “the captain of VH-XZM (QF567) was not expecting to cross runway 06, having developed an incorrect mental model of their location and thinking the aircraft was on taxiway J1 which led directly to the terminal area.”

“Due to this incorrect mental model, and a combination of workload and distractions at key times, the flight crew did not detect the runway crossing issue until their aircraft had almost reached the edge of runway 06,” ATSB Director Transport Safety Dr Mike Walker said.

“The location and design of the (J2) taxiway significantly increased the risk of a runway incursion onto runway 06/24,” Dr Walker said.

The ATSB said that “although the junction around taxiway J2 was identified as a ‘hot spot’ on aerodrome charts, there was no detailed information about the reasons for it and Qantas did not specifically require pilots to brief hot spots during departure and approach briefings.

A “hot spot” is an area where a number of incidents have occurred previously.

Perth Airport had installed special stop bars and an automated warning system on J2 because of other incidents.

In response to the runway incursion incident, Airservices Australia made taxiway J2 unavailable for use, and Perth Airport subsequently removed taxiway J2 from aerodrome charts and it has now been partially grassed over.

Since the incident, Qantas has also published a safety information notice to all pilots containing information about the background of runway incursions.

The airline also has updated its Flight Administration Manual to include a requirement for pilots to brief relevant airport hot spots and their contingency planning to mitigate against the possibility of collision or runway incursion.

“Qantas accepts the findings from the ATSB. Following the incident, Qantas updated pilot flight manuals to ensure all pre-departure and pre-landing briefings include a review of known hot spots while taxiing at airports. This incident is now used as a case study during pilot training.

“As the pilots of the aircraft that was about to take off could see the other aircraft and was aware of its position on the taxiway, there was no danger that the aircraft would have come into contact.”

“At Perth Airport, aircraft movements are controlled by a system approved by CASA and operated by Airservices Australia.

“Perth Airport and Airservices Australia have together invested around $50 million in recent years to enhance the safety of airfield operations.

“The proof of the value in Perth Airport’s investments is that the safety system worked as intended in this particular situation, allowing the Control Tower to take swift action.

“The identified junction in the ATSB report was fully compliant with relevant Australian and international standards and the report also noted that stop bars (in addition to other holding point markings and lights) had also been introduced to enhance airfield safety at Perth Airport.

“However, since this incident, Perth Airport has decided to take further proactive action and has removed the junction from its airfield plan so that it is no longer an operational taxiway.”