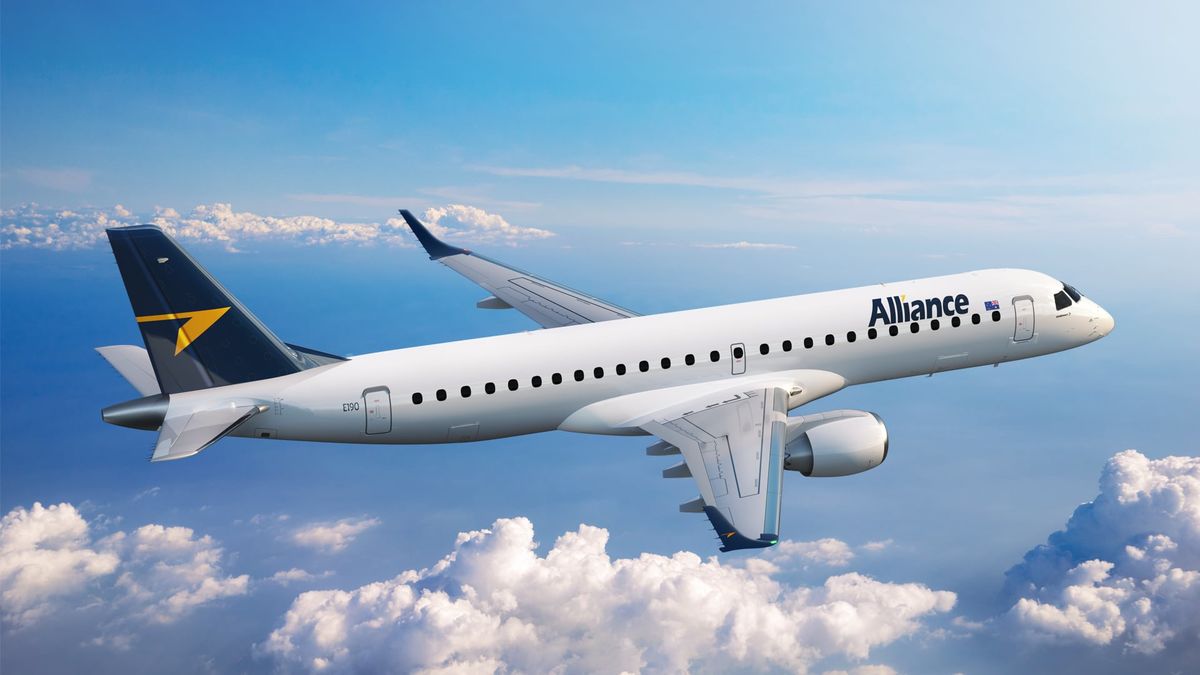 Qantas has inked a three-year deal with Alliance Airlines to provide additional capacity to meet what it calls an expected surge in local tourism demand once the country moves beyond sudden COVID-related border closures.

Under the terms of the deal, Brisbane-based Alliance will provide the QantasLink network with three Embraer E-190 jets to link regional centers with smaller capital cities.

Alliance will provide the crews and maintenance for the 98-seat twin-jets and Qantas has an option to take up to 14 of the aircraft.

2020 the worst year in aviation history

As part of the deal Alliance will give priority to Qantas’s out-of-work international pilots and cabin crew to operate the E190s until overseas routes open up.

Initial routes include Adelaide–Alice Springs, Darwin–Alice Springs and Darwin–Adelaide but the E190s could well be used in WA.

While an excellent aircraft the E190 has had a chequered life in Australia with Virgin Australia unable to make them work.

However, Qantaslink chief executive John Gissing says “the E190 is a perfect mid-size regional jet for routes like these ones in northern Australia.

“It has a longer range than our 717s and it’s about half the size of our 737s, which means the economics work well on longer flights between cities and towns outside of the top five population centers.

“Instead of one or two flights a day with a larger aircraft, we can offer three or four flights a day on the E190, which gives customers in these cities a lot more choice about when they travel.

“We’ve worked with Alliance for many years and they have flown literally thousands of flights for Qantas over that time, with the same service and standards that customers expect when they buy a Qantas ticket.”

What may well make the E190s work under the Alliance banner are the lower pilot salaries than Virgin Australia was paying say sources in Brisbane.

Qantas has told its 737 pilots that the new deal with Alliance will not start until all pilots currently stood down are back flying.

This is expected in June this year.

“The ability to switch on extra capacity with Alliance will help us make the most of opportunities in a highly competitive environment and having the right aircraft on the right route helps us deliver the schedule and network that customers want,” Mr Gissing said.

“The 737s that we currently use on these routes will move to other parts of our network.

“We’ve already opened up 20 new city pairs with our existing fleet as more people choose to holiday at home, so there are a lot of possibilities once we get past this cycle of sudden border closures.”

Qantas owns 19.9 percent of Alliance and that purchase is still under review by the ACCC.

When that deal was announced in February 2019, Qantas also announced it intended to subsequently seek regulatory approval to acquire a majority position.

ACCC chair Rod Sims says that its “current view is that any further increase in Qantas’s stake in Alliance is very likely to raise significant competition concerns under the Competition and Consumer Act.”