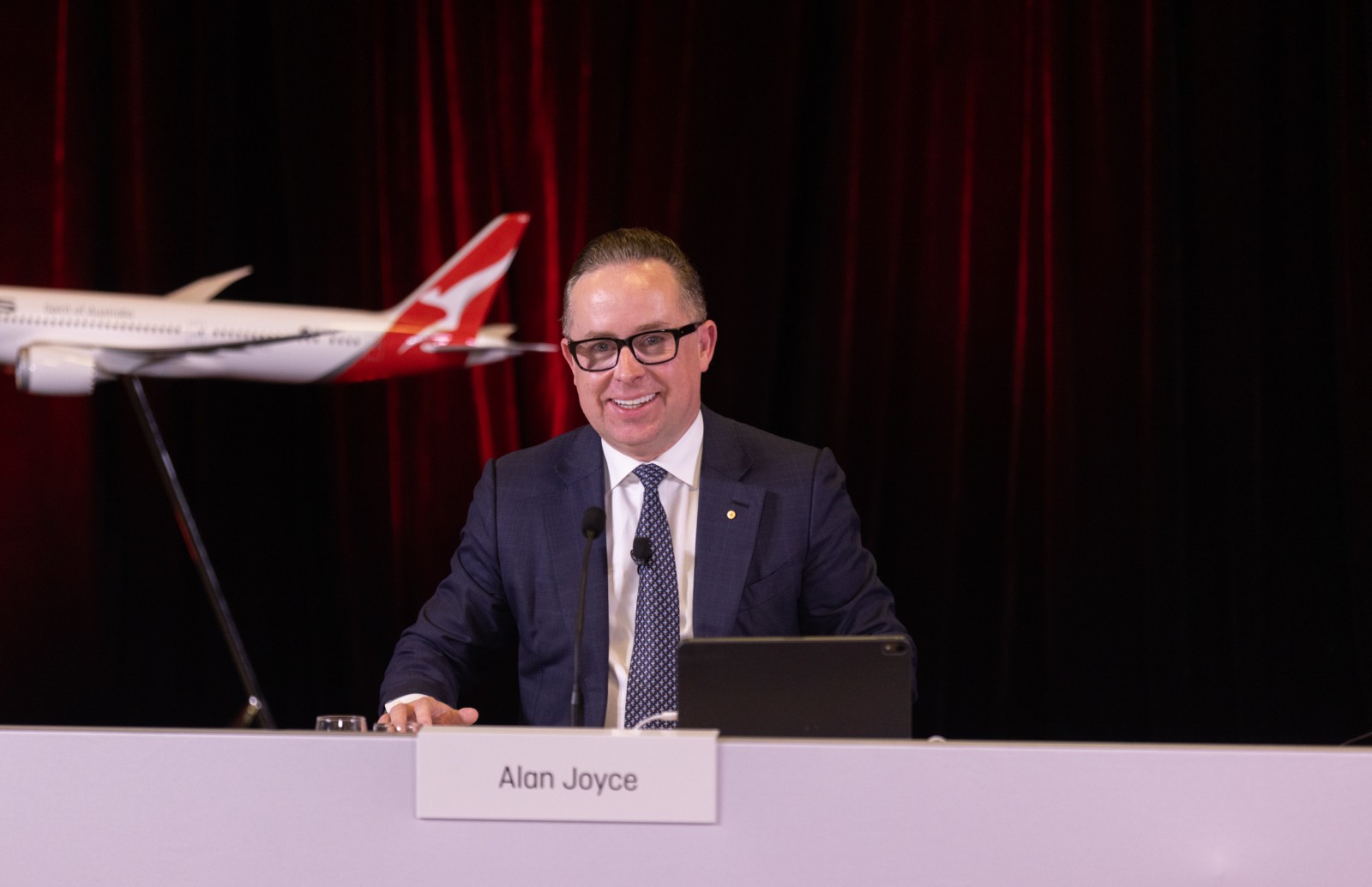 Qantas Group bookings are surging as borders come down as a result of Australians getting vaccinated in droves.

That is the upbeat message from Qantas chief executive Alan Joyce at today’s AGM in Sydney telling shareholders that the airline has sold half a million seats in the past two weeks.

After a bizarre 18 months where the schedule was changed over 100 times, Mr. Joyce said that the airline’s ability to adapt quickly “meant that 95 percent of the time” the airline flew it generated cash.

Mr. Joyce attributed the sooner than anticipated reopening of international borders to Australians coming out in “droves to be vaccinated.”

“Australia is on track to have one of the highest vaccine rates of any country in the world and that gives us a lot of reassurance that we can open safely, and stay open,” Mr. Joyce said.

But he cautioned that “there will still be challenges – but we are investing in the restart because we have every confidence that the only way is forward.”

One of those challenges Mr. Joyce said is the “patchwork of entry conditions nationwide” and the “requirement for PCR testing at every turn.”

Detailing the bookings Mr. Joyce said that ticket sales to South Australia have increased more than sixfold since the SA premier confirmed their re-opening plan.

“Bookings to Brisbane, Gold Coast, and Cairns are up 10 fold in the past two weeks and Jetstar’s recent international sale saw 75,000 seats sold in 72 hours.”

“Demand for seats on Qantas’ London to Sydney service has been extremely strong, with Aussies coming home in time for Christmas and more flights added as a result,” Mr. Joyce said.

And frequent flyers who have been stockpiling their points have jumped on the booking bandwagon with Qantas Loyalty having its single biggest day for flight redemptions in October with more than half a billion points spent on 15,000 domestic and international seats in just 24 hours.