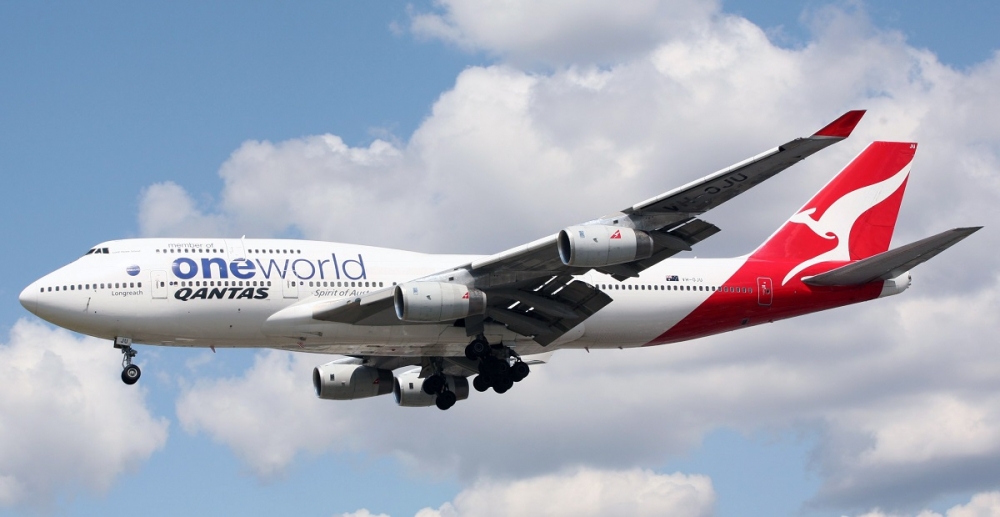 The Qantas 747 that suffered severe buffeting 110km south of Hong Kong on April 7 apparently encountered wake turbulence from another aircraft flying just above it.

The incident, which the Australian Transport Safety Bureau termed as serious, injured 15 passengers.

Wake turbulence is turbulence that forms behind an aircraft as it passes through the air. This turbulence includes various components, the most important of which are wingtip vortices and jetwash.

READ: Emirates A380 sends jet into a spin

Qantas Flt QF29 was operating from Melbourne to Hong Kong.

According to the ATSB, the 747 was about to enter a holding pattern at Flight Level 220 (22,000ft) about 110km (60nm) south-east of Hong Kong at a waypoint called BETTY when the aircraft’s stick shaker activated.

The stick shaker is a mechanical device that noisily vibrates the pilot’s control column or yoke (the stick) to warn of an imminent aerodynamic stall.

(An aerodynamic stall occurs when the angle of attack of the wing causes the air moving over the upper surface to separate from the wing, causing a loss of lift and control.)

“While holding at flight level 220, the flight crew received a stick shaker activation and detected airframe buffeting,” it said. ” The flight crew disconnected the autopilot and manoeuvred the aircraft in response.”

One of the passengers, teacher Jemma Gendall, told 9news.com.au that the pilot made a PA to the passengers telling them that “another aircraft flying overhead had become too close and caused the altitude drop”.

Wake turbulence incidents involving A380s, 747s and 757s are a serious issue and have caused a number of deadly crashes as well as numerous injuries to passengers and crew on other aircraft flying just below that encounter the wake.

The wake turbulence would have caused significant upset to the 747 and triggered the stick shaker and other alarms.

The 747 in question has continued to operate flights normally since the incident.

Qantas confirmed that passengers on QF29 experienced “unexpected turbulence’’ about an hour before landing.

The airline said the incident lasted about two minutes and the captain called for an ambulance to meet the aircraft on arrival.

The injuries were minor, but one passenger was transferred to hospital for a precautionary medical assessment and later released.

“We notified the ATSB of the occurrence, and our teams are also reviewing the event,’’ the airline said in a statement. “These investigations need to be completed before Qantas can comment further.”