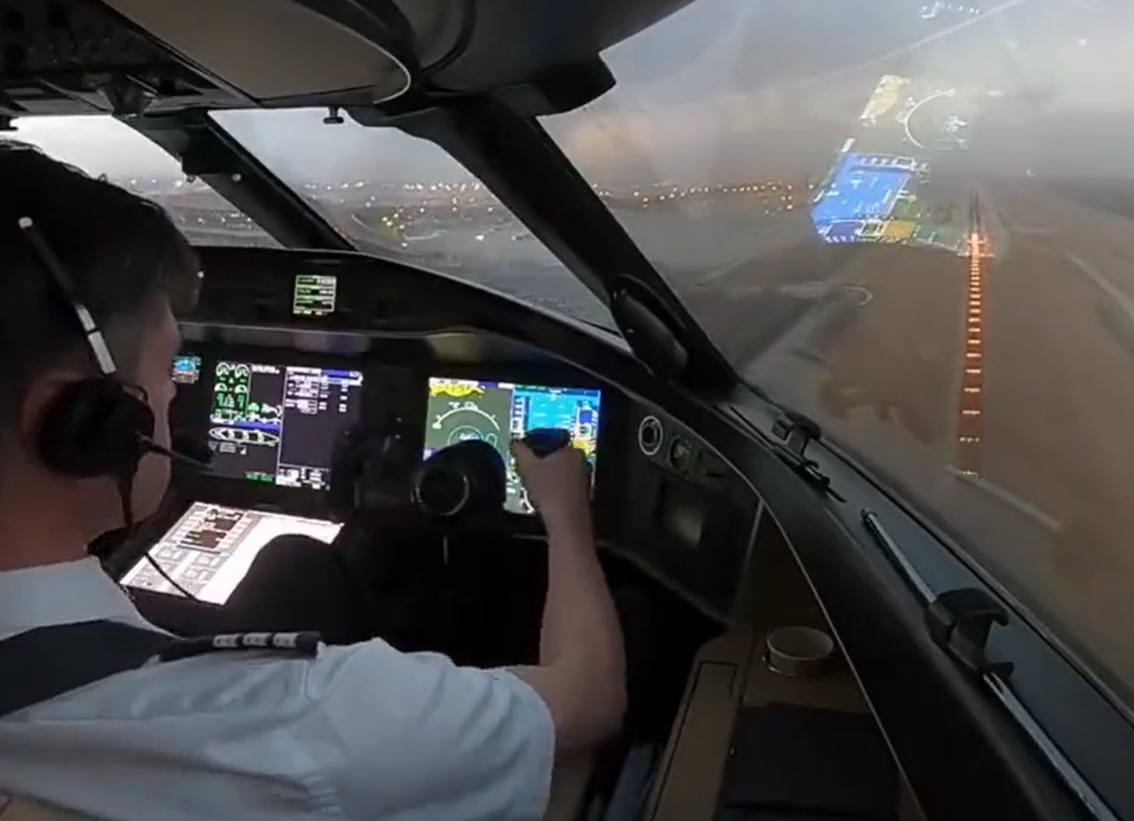 We have a great video of a pilot battling crosswinds in Beijing to land a Global Business Jet.