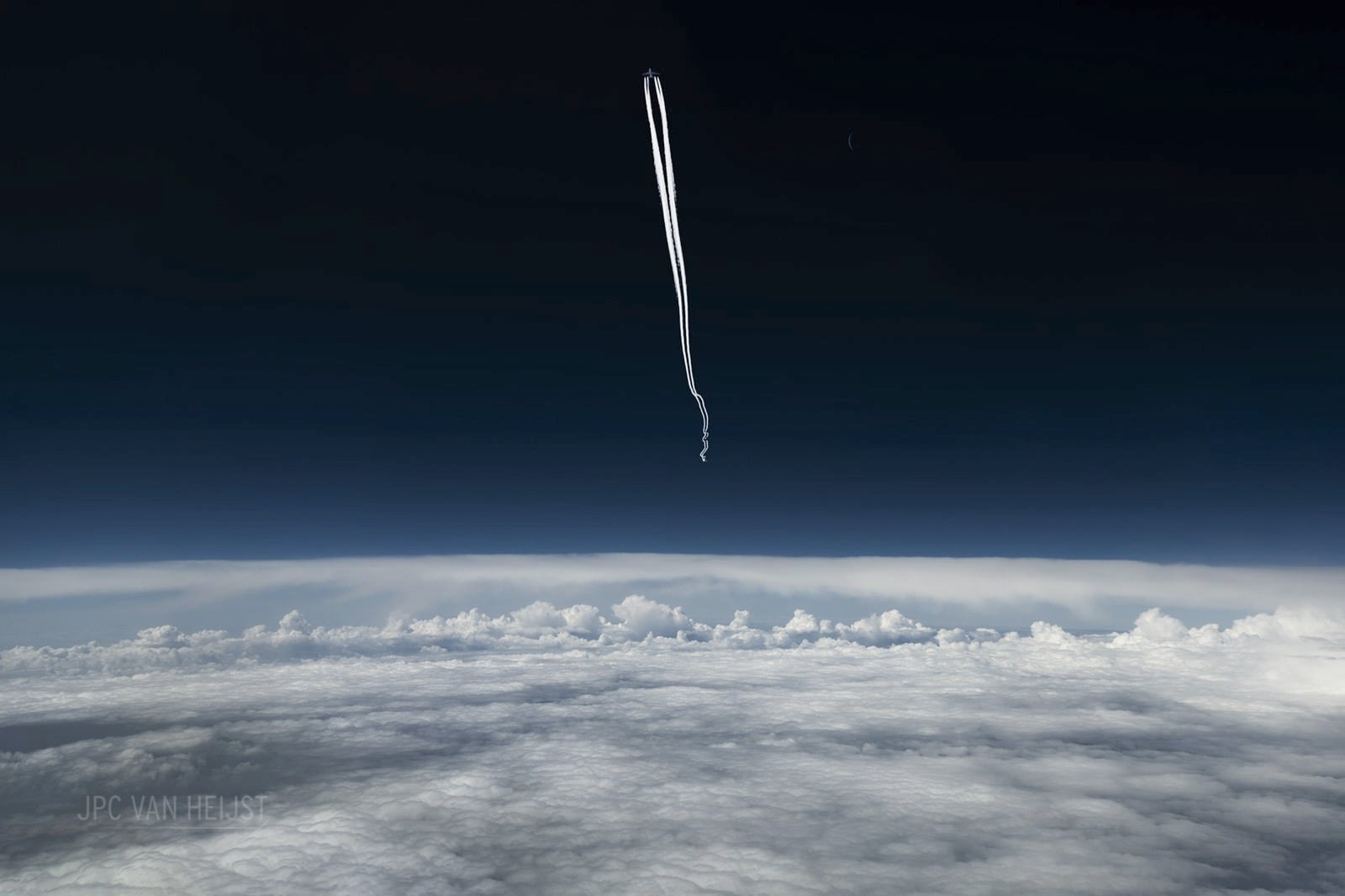 A photo of a 747 passing has been captured by Captain Christiaan van Heijst from his 747 cockpit.
Christiaan van Heijst takes up the story.
“Two 747s passing each other in the land of sunshine. A world of white and blue where nearly all birds are mechanical ones, leaving bright contrails in their wake as they cross the world.
“The environment outside my windows is hostile to life. Outside air temperature a bitter minus 60°C (or minus 77°F), oxygen pretty much nonexistent. My estimated time of ‘useful consciousness’ is measured in seconds out here, if it was not for the pressurized and heated capsule I’m enjoying.
“But life is not impossible at these altitudes. Some species of birds have been reported up to 37,000 ft, soaring in the wind or riding powerful mountain waves. The highest bird I’ve ever seen with my own eyes was over the Afghan Hindu Kush mountains, west of Kabul: a massive eagle gliding at 24,000 ft. Absolutely impressive and both of us lucky we missed each other by less than a wingspan.

“Hostile as it may be, the world up there is beautiful. Ever-changing sceneries of clouds and storms during the day. Thousands of stars, moonlight, and aurora during the night. It’s sometimes hard to imagine how different things are on the ground, far below.
“My navigation display tells me I’m crossing a boundary into another airspace, another country. Very relevant for me and the controllers on the ground, utterly meaningless to any bird flying up here.
“Wars are being fought down there, hidden below white blankets of cozy cotton clouds. It is literally a special realm up here. If only more people could experience these ethereal views, the world would be a very different place.”