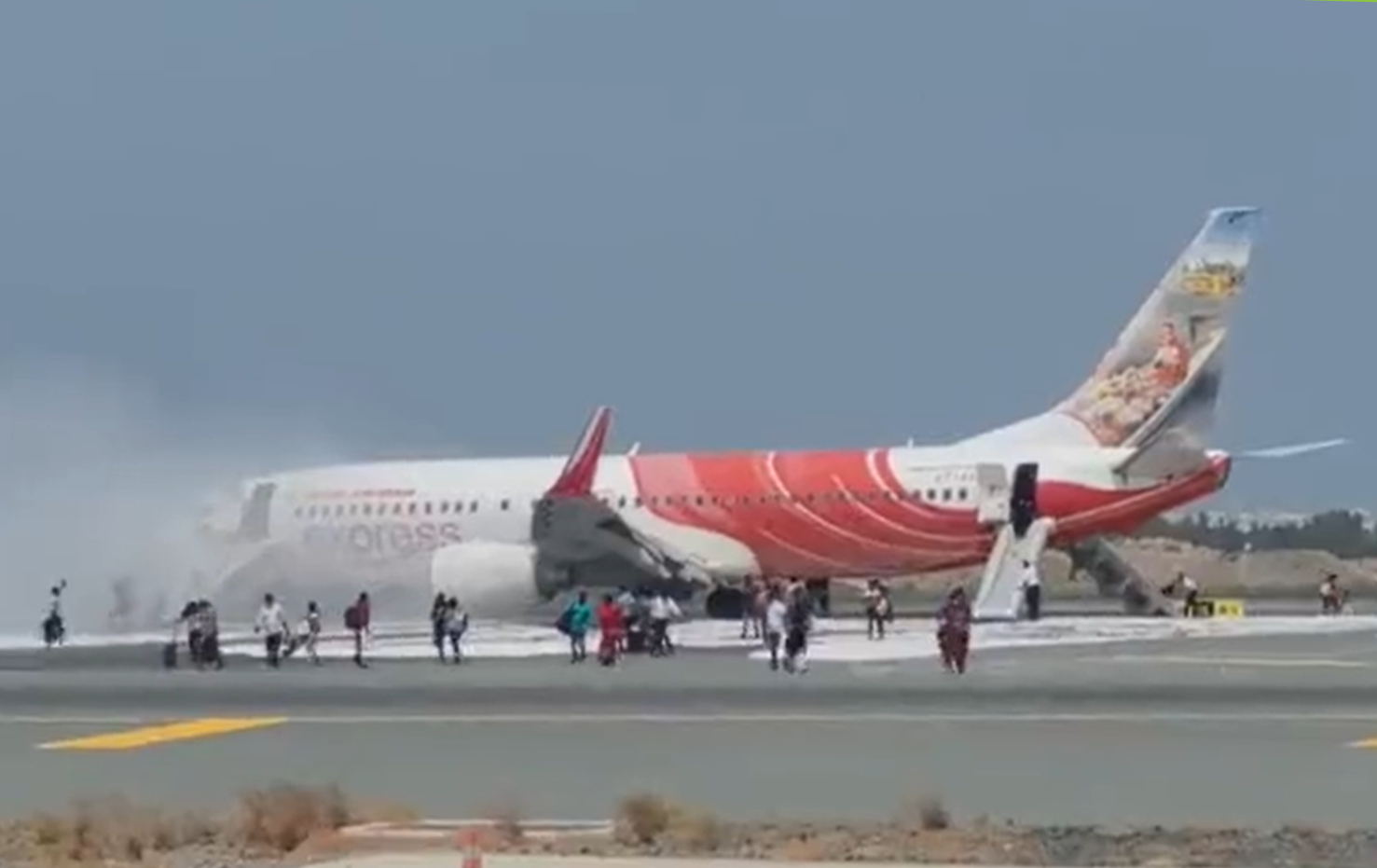 Once again thoughtless passengers have endangered their and others’ lives by taking off their bulky carry-on bags while evacuating from an Air India Express Boeing 737-800, that suffered an engine fire during take-off.

According to Aviation Herald, the 737 was performing flight IX-442 from Muscat (Oman) to Kochi (India) with 145 passengers and was accelerating for takeoff from Muscat’s runway 08L at about 11:35L (07:35Z) when the crew rejected takeoff at low speed (about 40 knots over ground) due to a right-hand engine (CFM56) fire indication.

“The crew slowed the aircraft and vacated the runway via the next high speed turn off about 1800 meters/6000 feet down the runway and stopped clear of the runway on the adjacent taxiway.

“An emergency evacuation via slides followed. 14 passengers are reported to have sustained injuries during the evacuation, Aviation Herald reported.

Despite cabin crew telling passengers to leave all bags behind, thoughtless passengers insist on taking their bags dramatically slowing the process and possibly risking hurting themselves – or others – when they have to jump onto the slide.

And any sharp objects or edges on the bag could puncture the slide rendering it useless.

In the video below passengers can be seen with their large roller bags.