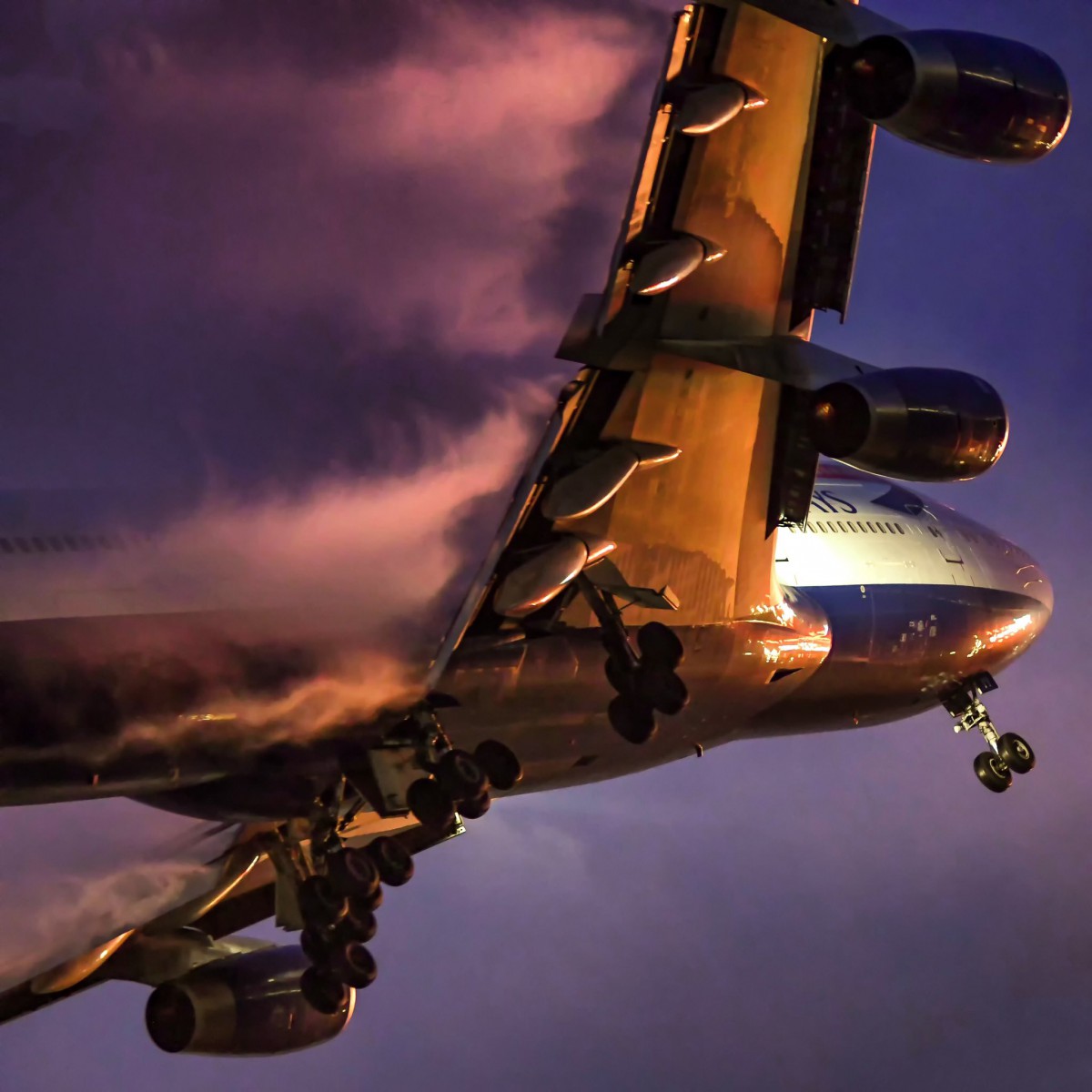 Stunning pictures have been taken of aircraft with condensation flowing off the wings as they approach Heathrow airport in the early hours of the morning.

The pictures were taken by aviation enthusiast and photographer @Cedarjet201 using a Nikon D850 with 200-500mm lens.

The photo above was an early morning misty approach by a British Aiways 747 while the one below is a British Airways Boeing 777 about to land runway 27R.

The photo below was captured the same morning of a Japan Airlines (JAL) Boeing 787-8 Dreamliner Flight JL41 from Tokyo.

And this stunning photo captures an Air India 787.