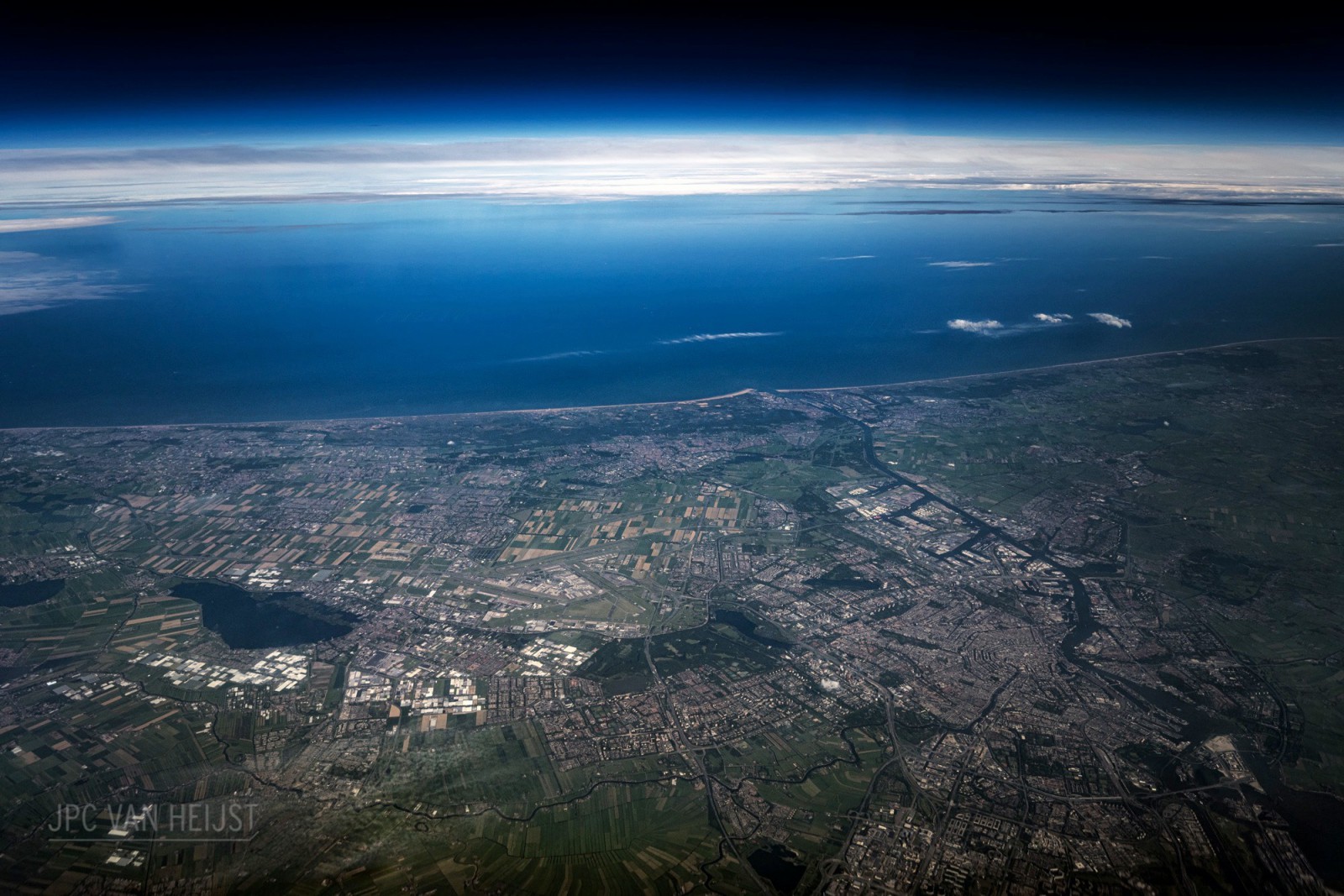 This stunning picture of the Netherlands was taken from a 747 cockpit by Dutchman and pilot Christiaan van Heijst who recounts his youth.

“It’s been a long time ago since I flew over the Netherlands at high altitude, but my flight from Liege to Oslo last Saturday took me on a perfect route.

“At 37.000 ft (11,3km) altitude, the entire country fits in the frames of my cockpit.
Through the right-hand window I see the three major rivers cutting through the central landscape, I spot the familiar cities and places I’ve lived and went to school for many years. Heck, I can even see my old high school. The view stretches far into Germany.

READ: The little Baltic airline that could.

“Overhead Utrecht, I can see the entire province of Noord-Holland on my left. The North Sea, the sandy coastline, Amsterdam, Schiphol Airport, Haarlem. So familiar. It looks like a miniature version of the post-stamp sized and cheeky corner of the world I call home.

“I see from the shadow on the ground we’re leaving a solid and immense contrail behind our wake. A razor sharp white ribbon on a virgin blue canvas. Pulled across the Low Lands by a Dutch pilot in his white & green 747 for the whole country to see, though I am doubtful anyone cared to look up and notice. Eighteen million people down there, I’m up here. So near, yet so far away.

“Two minutes later I’m passing the island of Texel. I can’t resist and tune the second radio to 119.305 Mhz. In between the calls from recreational pilots I push the transmit switch:
‘Oscar Oscar Alfa Charlie Fox, three minutes out, Boeing seven-four-four, flight level three-seven-zero, requesting aerodrome information’. A brief and innocent wink to my friends at the friendliest airport in the Netherlands.

“The island of Ameland passes by not long after. I stop the timer: crossed the entire country from south to north in exactly fifteen minutes and fifteen seconds. Never ceases to amaze me and it reminds me of how far I’ve come since my first flying lesson in a glider back in 1997. Where there is a will, there is away.

“Let’s see where the flow of life will carry me in the coming decades.”

And here is Christiaan’s landing in Oslo from local enthusiasts.

EDITOR: Christiaan is one of the world’s leading aviation photographers and more of his work and more close encounter (s) can be found here.