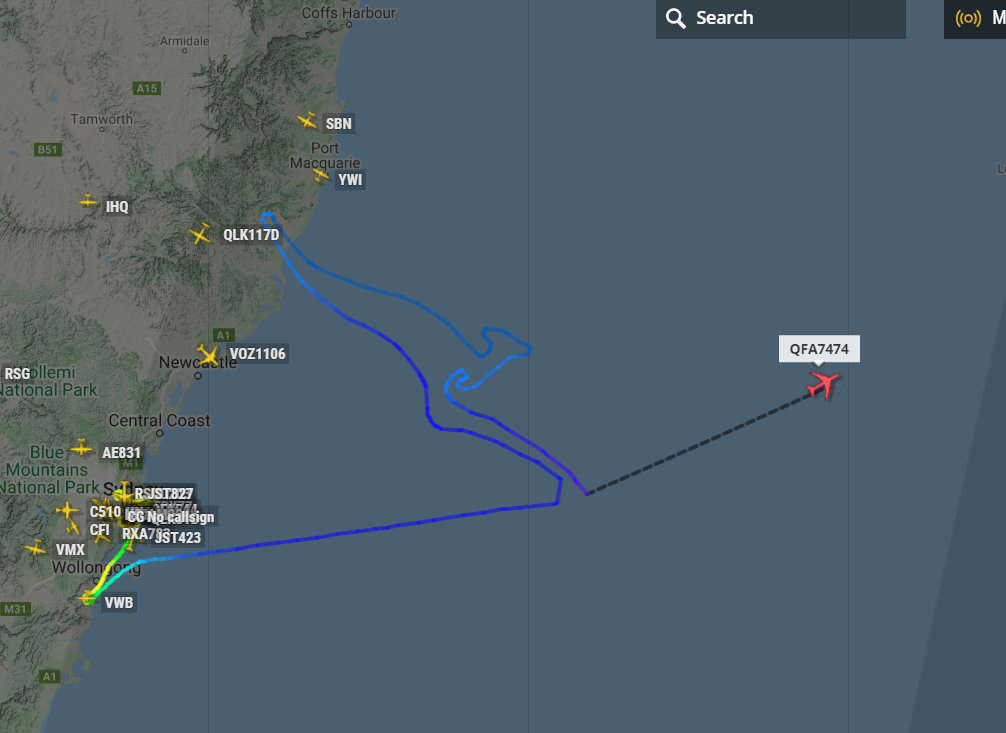 The flight crew of the last Qantas 747 has drawn a kangaroo in the sky off the Australian coast.

After the flyby around Sydney, the crew has drawn the airline’s flying kangaroo off the coast before heading to the USA.

The last Boeing 747-400, registration VH-OEJ and delivered in 2003, was backed out of a Sydney hangar at 2pm and departed with a cargo hold full of freight for Los Angeles and then California’s Mojave Desert.

The aircraft and the airline’s other 747-400ERs have been sold to General Electric because of the value of the engines.

SEE a superb video of Sydney Harbour from a Qantas 747.

It performed a flyby of Sydney Harbour, the city center and northern and eastern suburbs beaches before heading south for a low level overfly of Historical Aircraft Restoration Society’s (HARS) museum at Albion Park to dip its wings to Qantas’ first 747-400, VH-OJA, on exhibition there.