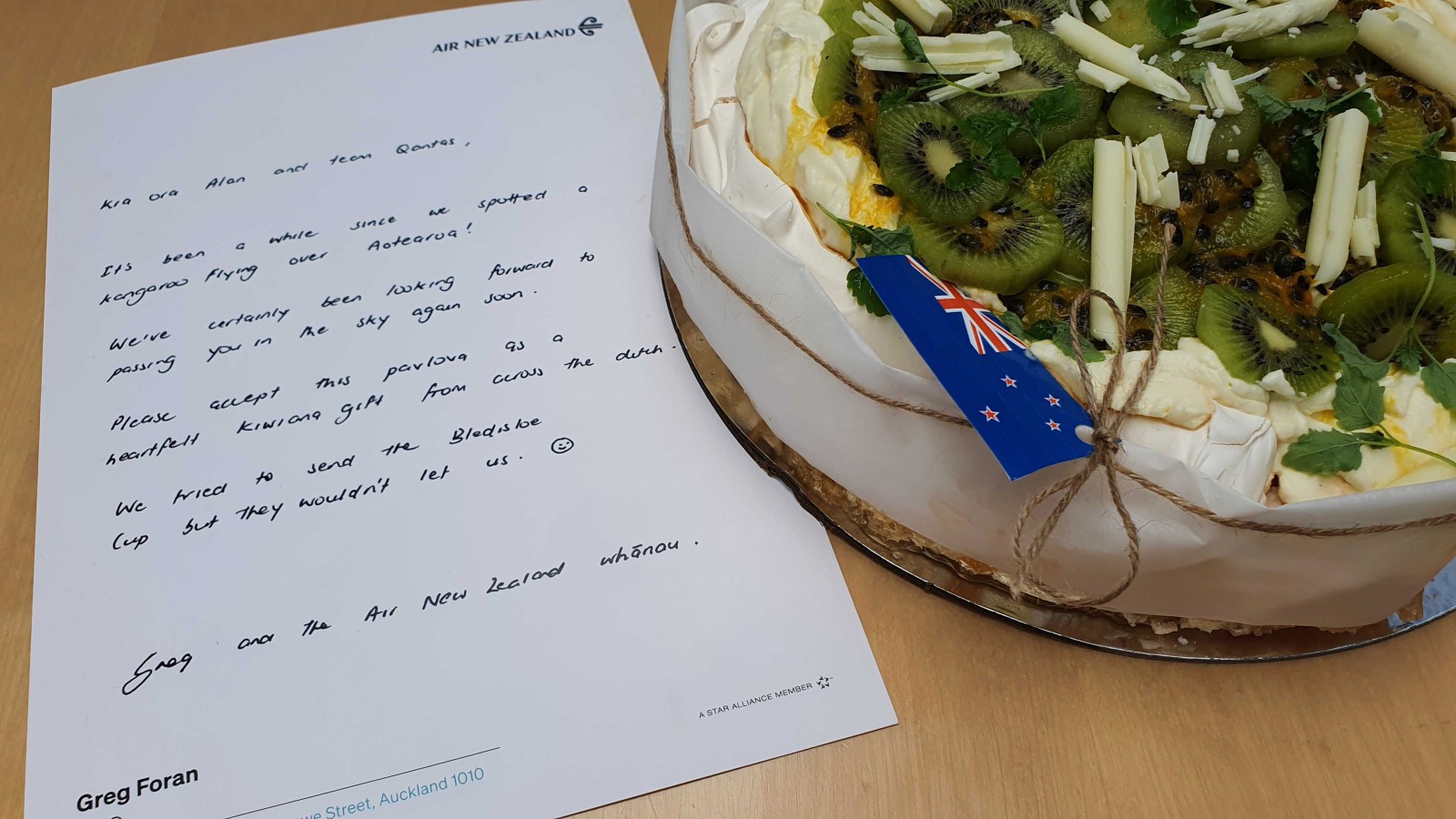 Air New Zealand has taunted Qantas with a gift of a Pavlova as the two airlines get set to do battle across the Tasman Sea.

Air New Zealand’s chief executive Greg Foran sent the picture of the Pavlova to his counterpart Alan Joyce at Qantas with a note saying that the airline had wanted to send the famous Bledisloe Cup (Rugby) but was not allowed.

Both the origins of the famous desert (sweet) Pavolva -loved on both sides of the Tasman – and the holding of the Bledisloe Cup are the subject of intense rivalry between the two countries.

Air New Zealand and Qantas are gearing up with a huge increase in flights and new services between the two countries.

Virgin Australia, however, will wait until October before resuming its trans-Tasman operations.