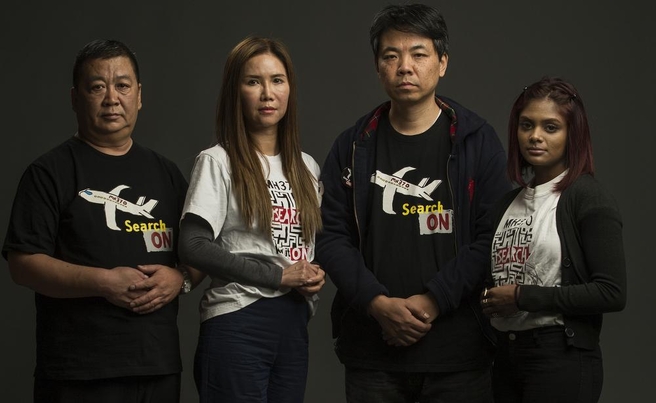 Relatives of passengers presumed dead on Malaysia Airlines flight 370, which disappeared off the WA coast in 2014, have pleaded with Australia not to abandon the search for the aircraft.

Family members of MH370 victims met Australian investigators leading the A$180 million search for the Boeing 777 in Perth on Wednesday.

They told The West Australian newspaper of their anguish and frustration that their loved ones remain lost 2 1/2 years after the plane disappeared.

Jennifer Chong, whose husband Chong Ling Tan was on the doomed flight, appealed to the Australian, Chinese and Malaysian governments to continue the search.

“Please don’t give up on searching for MH370, for our loved ones, for us and for the flying public,” the Victorian mother said.

MH370 disappeared on March 8, 2014, after communications were cut during what was to be a routine flight from Kuala Lumpur to Beijing.

The search is due to be suspended in December when Dutch search company Fugro completes the current 120,000sqkm search zone.

The Australian, Malaysian and Chinese governments agreed on the suspension in July in the absence of “credible new evidence” pointing to the plane’s location.

Ms Chong was among a group of Australian, Chinese, Malaysian and Indonesian relatives of MH370 victims who were in Perth to meet the crew of the

Fugro Equator ship, which was in Fremantle for a crew change yesterday for its search in the remote southern Indian Ocean.

Malaysian Grace Nathan, whose mother Anne Daisy was on MH370, appealed for help to find evidence before the search ended in December.

“It is our understanding that if they dismantle the whole search, it will take a very long time to remobilise it because they will have to have the assets come back to the location and that will take time,” she said. “It’s everyone’s best interests that something comes up sooner rather than later.”

Ms Nathan, a lawyer, said she would raise the issue when the group meets Australian Transport Safety Bureau officials in Canberra on Monday.

The group praised the Australian Government, which has contributed A$60 million to the search. But they were disappointed with the Malaysian Government’s handling of the tragedy.

Ms Nathan said the Malaysian officials leading the investigation into the plane’s disappearance had refused to meet victims’ relatives despite repeated requests. “We don’t understand why they never want to see us, speak to us. We struggle to come to terms with this,” she said.

The relatives met US lawyer and investigator Blaine Gibson, who has found 10 pieces of debris, some confirmed to be from MH370. They praised his efforts and believe it is credible evidence to continue the search.