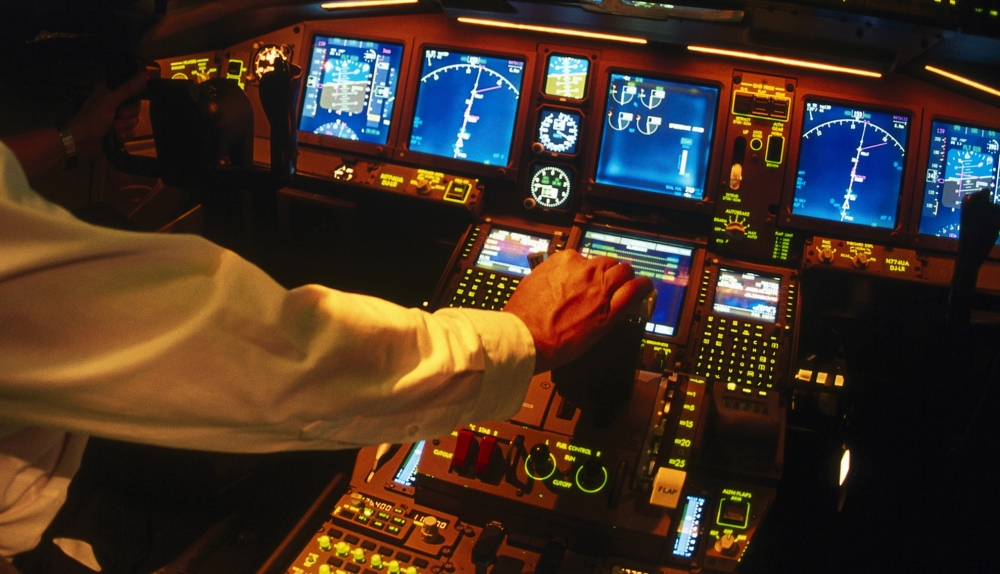 The disappearance of flight MH370 could have only involved human input according to a veteran Boeing 777 check captain.
Speaking exclusively with AirlineRatings.com the check captain said given the facts we know, that MH370 ended its flight in southern Indian Ocean, “human input was essential.”
“We are not dealing with an out of control plane.
“It is impossible for the Boeing 777 to fly this course by itself,” said the check captain.
“It required a pilot or someone with knowledge of the 777 flight systems.”
MH370 made three course changes and at least two altitude changes according to the Malaysian military.
“To change course requires the pilot to either disengage the Flight Management Computer and dial in a new heading to the autopilot/flight director or fly manually”
The plane apparently increased its altitude from 35,000ft to 45,000ft according to returns to Malaysian military radar before descending as low as 5,000ft.
“This would have required input to reselect altitude in the autopilot/flight director or manually to fly the plane and typically reduce engine thrust.”
MH370 then made two more turns the first to the north-west and then due south.
According to the check captain the 777 would have had to climb back to 35,000ft as it would never have reached the southern Indian Ocean with the fuel load it had onboard.
“At say 12,000ft it burn 8 tons of fuel an hour but we can only fly at a top speed of 340kts (629km/hr).”
“But at 35,000ft we would burn 7 tons of fuel an hour and fly at 480kts (890km/hour),” said the check captain.
If MH370 had remained at say 12,000ft it would have only reached Carnarvon.
When MH370 ran out of fuel and if nobody was in control the Boeing 777 would not have glided down slowly according to the check captain.
“With no power and no-one flying it would have gone into a spiral and straight down possibly reaching supersonic speeds.”
“Parts would have started to break off – like aerilons and trim tabs.”
The 777 could have also gone into a flat spin.
There would have been standby battery power for critical functions.
However, within one minute of the engines quitting the plane’s auxiliary power unit located in the tail, with its own fuel supply, would have started automatically and brought full power back to the electrical and cabin systems.
This may account for the final partial ping from the plane picked up by Inmarast at 8.19am.
No response was received from the aircraft at 9.15am, when the ground earth station sent the next log on / log off message or ping.
This indicates that the plane was no longer logged on to the network and is consistent with the limit of its range with its fuel load.
The check captain noted that all the course changes could have all be re-programmed at the same time but the altitude changes could not.