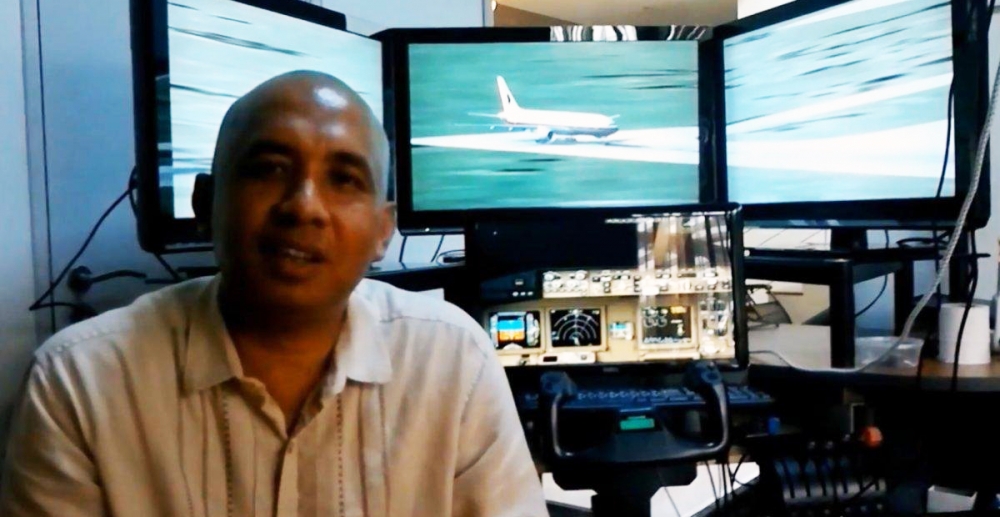 The New York magazine has obtained a confidential document from the Malaysian police investigation into the disappearance of MH370 that shows that the captain, Zaharie Ahmad Shah, conducted a simulated flight into the remote southern Indian Ocean just one month before the Boeing 777 vanished in almost identical circumstances.

According to the story by noted author Jeff Wise, Malaysia withheld this critical information from the public and he says this is the “the strongest evidence yet that Zaharie made off with the plane in a premeditated act of mass murder-suicide.”

The document says Mr Wise “presents the findings of the Malaysian police’s investigation into Zaharie. It reveals that after the plane disappeared in March of 2014, Malaysia turned over to the FBI hard drives that Zaharie used to record sessions on an elaborate home-built flight simulator. The FBI was able to recover six deleted data points that had been stored by the Microsoft Flight Simulator X program in the weeks before MH370 disappeared, according to the document. Each point records the airplane’s altitude, speed, direction of flight, and other key parameters at a given moment.”

The document reads, in part:

Mr Wise says that “search officials believe MH370 followed a similar route, based on signals the plane transmitted to a satellite after ceasing communications and turning off course. However the actual and the simulated flights were not identical, though, with the simulated endpoint some 900 miles from the remote patch of southern ocean area where officials believe the plane went down.”

Mr Wise adds that “rumours have long circulated that the FBI had discovered such evidence, but Malaysian officials made no mention of the find in the otherwise detailed report into the investigation, “Factual Information,” that was released on the first anniversary of the disappearance.”

However according to Malaymail Online the Malaysian Inspector-General of Police Tan Sri Khalid Abu Bakar said police had never handed over information to any quarters in New York.

“We have never submitted such a report to any authority abroad including the FBI. This report is not true,” he told the website.