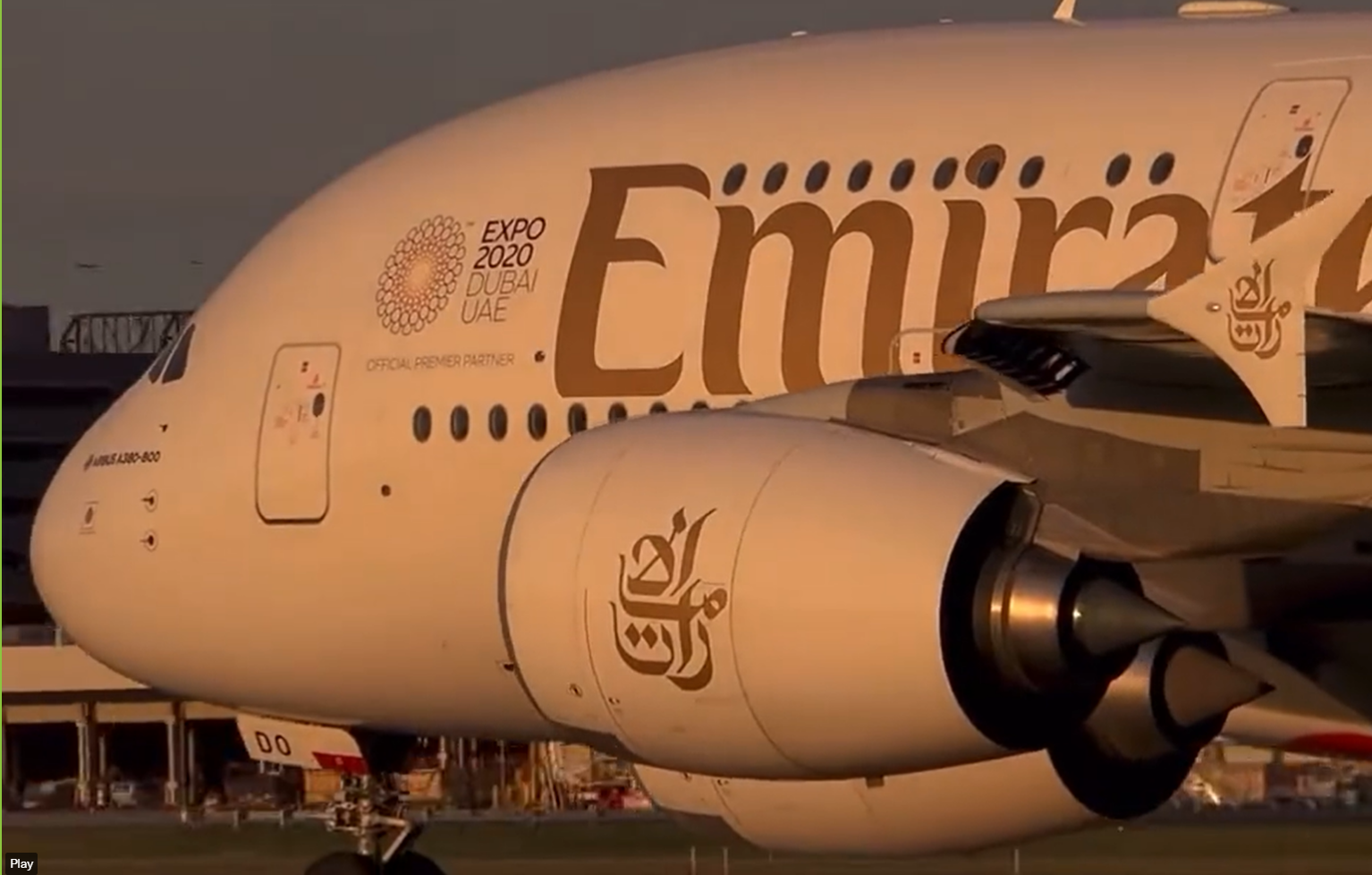 We have a magnificent clip of an Emirates A380 taxiing out for take-off at sunset in Melbourne Australia.

Emirates has the world’s largest fleet of A380s.