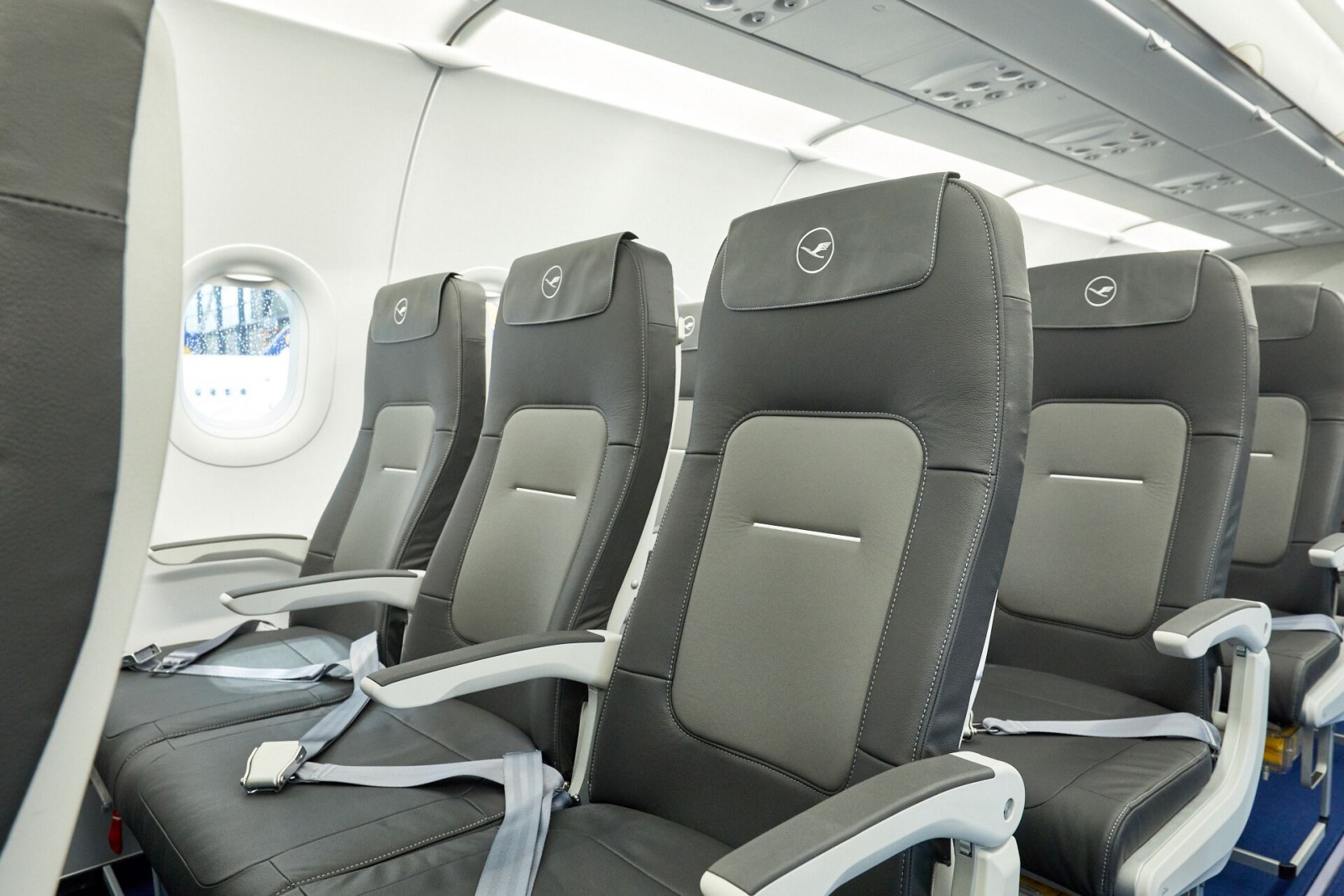 New generations of seats can provide more space in the same seat pitch, or even mollify airlines’ worst impulses in adding extra seats. The latest arrival: new seats from Italian seatmaker Geven for the “Network Airlines” in the Lufthansa Group, comprising Austrian, Lufthansa and Swiss. And, apart from some colour differences, the seats will be interchangeable between all three.

“Many customer feedbacks have been incorporated into the design of the seat. We received a lot of positive feedback on the new features. We are therefore convinced that the new seat and the modern ambience of the cabin will further improve the travel comfort of our guests,” explains Paul Estoppey, formerly of Swiss and currently with the rather unwieldy title of Head of Product Management Cabin Lufthansa Group Hub Airlines.

The changes aren’t especially eye-catching, since the change between one shade of Lufthansa industrial grey to another will hardly wow passengers, although there are some colour differences in the materials and finish for each airline. But underneath the fabrics there’s a decade of innovation since the last upgrade: with the Lufthansa group network airlines joining the trend of pitching seats at 30” and even below, Essenza offers a way to minimise discomfort.

This may not entirely amount to a “noticeably pleasant” experience at the lower end of the seat pitch scale — and Lufthansa has not released details of just how many seats it plans to pack into its Airbus A319, A320 and A321 aircraft, or indeed their neo successors, although the NEK-equipped A320neo jumped from 168 to 180 seats — but having sat in the Geven seats in multiple mockups your six-foot-plus journalist would certainly call them “noticeably less unpleasant”.

Part of that noticeable lack of unpleasantness is around reclining: under around 32” of pitch, a reclining mechanism is a frustration for passengers, adds weight and adds complexity. So, a “pre-reclined” angle of 20 degrees in economy has been chosen compared with the 12 degrees upright seating previously.

(Eurobusiness passengers and one assumes those economy passengers sitting in the section of the aircraft that can be converted to business class seating, will still get to recline a further six degrees.)

Another benefit of this new generation of seats is the way the supporting structure is moved away from passengers’ knees, giving more of a sense of legroom even at the same pitch as older seats. The lighter seats also reduce weight, improving both airline efficiency and the environmental impact of aviation, which is a particularly hot-button issue within Europe at present.

Also on offer: USB power sockets, in both the current USB-A and future USB-C connector types. Lufthansa has not, however, revealed how much power each seat or set of seats can pull from the wider supply, nor whether the power system supports the USB 3.1 or USB Power Delivery standards. If future smartphones start pulling more power, or if passengers start to expect more juice for tablets or laptops, that could prove disappointing.

Overall, though, this new set of seats is good news, and so — in the context of an increasingly turbulent aviation market — will be the commonality between the three network airlines, allowing Swiss, Lufthansa and Austrian to swap aircraft with a minimum of reconfiguration required.